It’s not just you: even American Airlines thinks their in-flight Wi-Fi is slow.

American Airlines sued in-flight Wi-Fi provider Gogo on Friday, contending the airline has received better offers from other internet companies, in a suit that could result in a change of the internet provider for about 200 of American aircrafts.

The lawsuit, which is not a termination notice, asks a judge to give Gogo official notice that American Airlines has received a better offer from a competitor. American Airlines is requesting a counter-offer from Gogo, a process established in the contract between both companies, according to the lawsuit.

The lawsuit—filed in district court in Tarrant County, Texas—said ViaStat, which provides Wi-Fi for United Airlines and JetBlue flights, has faster in-flight service that improves on Gogo’s older system.

“We’ve notified Gogo of a competitor’s offering, and we will evaluate all of our options,” American Airlines spokesman Casey Norton said.

“We believe that 2Ku is the best performing technology in the market and look forward to discussing our offer with American,” Nolan said in a statement, adding that the company had no comment on the merits of the suit.

Gogo’s stock fell as much as 42% on Tuesday following news of the lawsuit, while ViaStat’s stock rose, climbing as much as 13% throughout the day. 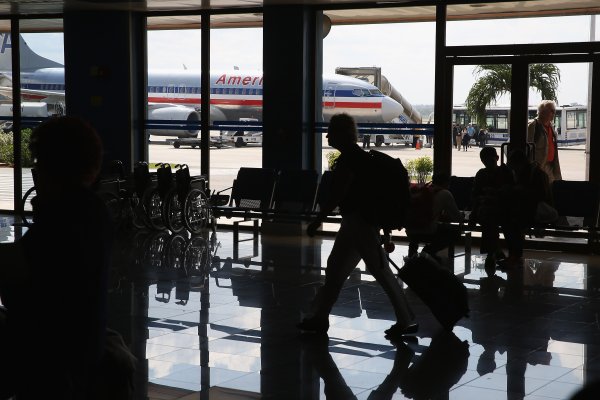