The woman who brought us the mega-viral hit “Crush On Obama” is back with another political pop song just begging to go viral. This one is about Bernie Sanders. It’s called “Bernie Bae.”

The production values in this music video are much higher this time around—and we have to admit, the song is quite catchy.

The song is all about the feelings of excitement and idealism Sanders is inspiring in so many young people: “I was feeling so hopeless/ And so cynical/ Now you’ve got me focused/ Bernie you’re a miracle.”

“The grassroots inertia that’s pushing Senator Sanders’ campaign forward is awe-inspiring,” creator Leah Kauffman told Refinery29. “It shows that millennials do care about this election and that we are politically alive.” 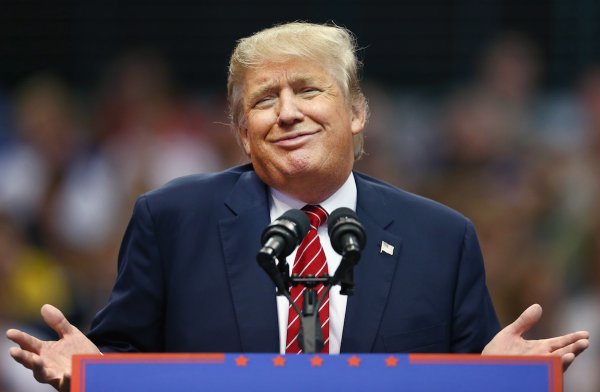 A Brief History of Cursing in American Politics
Next Up: Editor's Pick