The Scary Truth About Air Travel in the Downton Abbey Era

The news on this Sunday’s episode of Downton Abbey that Bertie Pelham planned to travel to Tangier by air rather than ship was met with shock by the Crawley family—and with good reason. Though the number of airplane passengers in Europe had nearly doubled between 1923 and 1924, flying at all in the mid-1920s was a bold move.

Stunt and military pilots had been taking to the skies for years, but commercial air travel was still relatively untested. It was unsafe, even though fatalities were rare; it was also often inconvenient and far more uncomfortable than what modern fliers might think of when they hear the words vintage aviation.

The situation was so bad that in 1925—the year the U.S. awarded a company the first contract to deliver mail by air—Henry Ford said that “the commercial airplane is as yet a considerable distance of being a success,” perhaps because the motor’s “vibration is so intense that there is little guaranty [sic] under such strain that it will remain intact over considerable distances.”

Yes, you read that right: the concern was whether the engines would just completely fall apart. Whether the passengers made it to their destination safely, Ford guessed, was 90% a matter of the pilot being exceptionally skilled (not that he didn’t have a vested interest in promoting travel by auto).

Britain’s Imperial Airways did not conduct flights at night until 1926, and planes generally took longer (especially considering frequent stops to refuel) and were more uncomfortable than trains. Planes flew low, which meant more turbulence, and into the 1920s passengers had to wear helmets and goggles. One early route from Toulouse, France, to Casablanca, via Tangier and several other cities, took 12 hours.

But, as Ford had predicted back in 1925, the business potential was great enough that in a couple of years things could change. Sure enough, they did. It wouldn’t be long before TIME commented that “[men] of affairs whose time literally is money and the semisocial people who consider air travel modern and fashionable [became] airline customers.”

Today, a nonstop flight from Toulouse to Casablanca takes about two and a half hours. 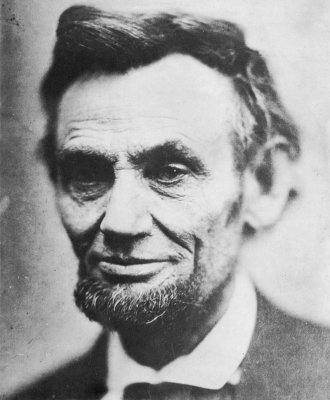 The Real Story Behind Abraham Lincoln's 'You Can Fool All the People' Quote
Next Up: Editor's Pick