Wade Wilson and Wolverine are back together again.

In addition to reflecting on their X-Men Origins chemistry and basking in their shared title of PEOPLE’s Sexiest Man Alive, Reynolds interviewed Jackman about everything from the craft of acting to whether Jackman has actually aged in the last few years. (He stopped somewhere around 2008.) Reynolds even utilized a few questions from fans like Bryan Bleynolds and someone named Blake Lively.

Eddie the Eagle follows the career of Great Britain’s first ski jumper, Eddie Edwards (Taron Egerton), with Jackman starring as his coach. Reynolds, meanwhile, is reprising his X-Men Origins role as the Merc with a Mouth in the new Deadpool movie, which just shattered box office records and opened to $150 million over President’s Day weekend. 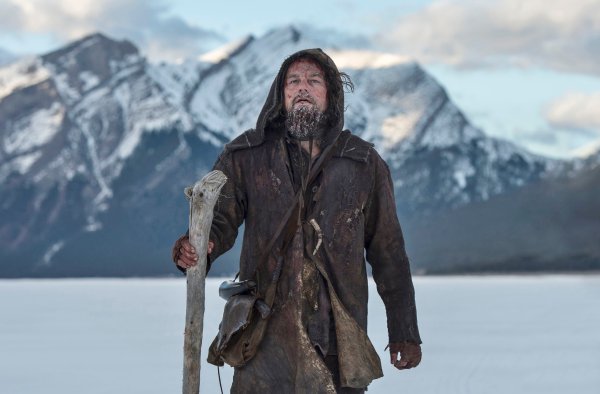 Watch The Revenant As a 1920s Silent Film
Next Up: Editor's Pick