Republican presidential candidate Ted Cruz looked to gain the support of military voters in South Carolina on Tuesday, promising to build a robust military if elected and pledged not to provide gluten-free military meals, which he equated with a culture of political correctness.

“That’s why the last thing any commander should need to worry about is the grades he is getting from some plush-bottomed Pentagon bureaucrat for political correctness or social experiments—or providing gluten-free MREs,” Cruz said, using the shorthand term for Meal, Ready-to-Eat, CNN reported.

About 1% of Americans have celiac disease, an autoimmune disorder that makes a person intolerant to gluten, according to the Celiac Disease Foundation. A spokesman for the Department of Defense said the provision of gluten-free meals differs based on the military branch.

During the remarks in Mount Pleasant, S.C., Cruz criticized President Barack Obama for “seven years of neglect” of the U.S. military, according to Charlotte WBT radio.

“It is time for America to once again prioritize a strong, advanced and robust military,” he said. 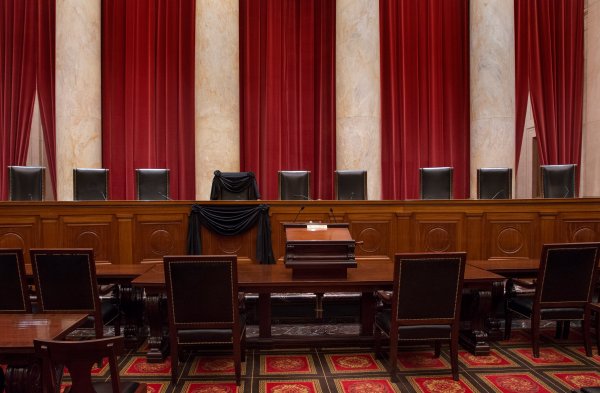 Justice Scalia's Bench Chair Is Draped in Black at the Supreme Court
Next Up: Editor's Pick