Heartburn Drugs May Be Linked to Dementia in Seniors

Bottles of AstraZeneca Plc's Nexium heartburn medication are arranged for a photograph at a pharmacy in Princeton, Illinois, U.S., on Wednesday, Aug. 20, 2014.
Daniel Acker—Bloomberg/Getty Images
By Claire Groden / Fortune

A popular group of heartburn drugs may be linked to dementia in seniors.

A German study published in the medical journal JAMA Neurology found that seniors who regularly took proton-pump inhibitors like Nexium, Prilosec, and Prevacid were 44% more likely to end up with dementia. Proton-pump inhibitors, commonly used to decrease acid in the stomach, are used by more than 15 million people, according to NPR.

The study followed more than 73,000 elderly participants to track their use of the drug class and incidence of dementia, so it did not establish a cause-and-effect relationship. Prilosec is made by Procter & Gamble, AstraZeneca makes Nexium, and Takeda Pharmaceuticals makes Prevacid.

In an editorial accompanying the study’s publication this week, University of Pittsburgh’s Lewis Kuller wrote: “Whether PPIs actually cause an increase in the risk of dementia is therefore an important question requiring further evaluation … This is a very important issue given the very high prevalence of pharmacological drugs’ long-term use in elderly populations that have a very high risk of dementia.”

The study builds off previous findings that the drugs might increase the risk of heart disease and chronic kidney disease, NPR reported.

P&G said in a statement that Prilosec is a “safe and effective” treatment for heartburn, and that patients should discuss any concerns with their doctors. Fortune has reached out to AstraZeneca and Takeda for comment and will update this story if they respond. 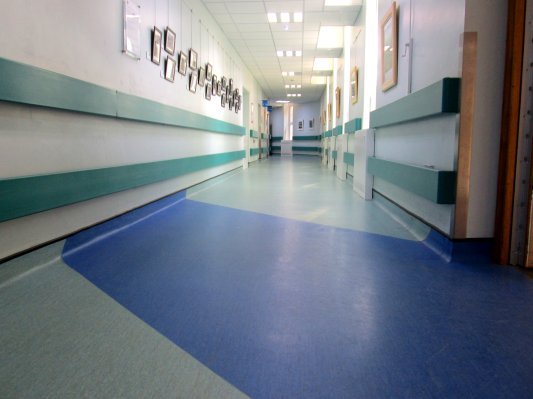 Hospital Performs Surgery on Wrong Baby
Next Up: Editor's Pick