You Asked: Are Egg Yolks Unhealthy?

Illustration by Lauren Margit Jones for TIME
By Markham Heid

There’s a lot to like about egg yolks. Compared to egg whites, the yolk contains most of an egg’s good stuff, including the bulk of its iron, folate and vitamins. The yolks also contain two nutrients—lutein and zeaxanthin—that support eye and brain health.

But egg yolks are a source of dietary cholesterol, which is why egg-white omelets, cookies and other yolk-free fare have recently dominated the breakfast plates and baking sheets of health-conscious eaters. Especially in terms of heart health, experts once warned, dietary cholesterol is bad news.

But just as the latest research has granted dietary fat a pardon and an embarrassed apology, dietary cholesterol seems to have been unfairly slandered by the health community.

Djoussé has conducted research on eggs and heart disease. “Current scientific data do not justify worries about egg consumption, including egg yolk, when it comes to heart health,” he says.

National health officials seem to agree; the latest Dietary Guidelines for Americans do not put a cap on dietary cholesterol.

Even for people whose genes place them at greater risk for heart and cholesterol problems, eating an egg every day isn’t a problem, finds a new study appearing in the American Journal of Clinical Nutrition. That study’s author, Dr. Jyrki Virtanen of the University of Eastern Finland, says his study is just the latest to show that focusing on one aspect of a food—like the cholesterol in eggs—is not a reliable way to gauge that food’s health impact.

Others agree. “Our focus should be on healthy dietary patterns, not specific foods or nutrients,” says Dr. Robert Eckel, a program chair and professor of medicine at the University of Colorado School of Medicine. Eckel recently wrote an editorial on eggs and cholesterol. He says that he doesn’t even bring up eggs when talking to his patients about their risk factors for heart disease.

“Eggs get a lot of attention because they’re so popular and for a while were kind of vilified,” he says. “But I’m a lot more concerned about people eating more fruits and vegetables, and adhering to a healthy dietary pattern like a Mediterranean-style diet or the DASH diet.”

Both Eckel and Virtanen say this doesn’t mean you should eat five eggs every morning for breakfast. Too much of any one food is imprudent, they say.

Also, there are some lingering questions about the effects of egg consumption on the hearts of people with diabetes. “There is some research data that higher egg intake may increase the risk of coronary heart disease among those with type 2 diabetes,” Virtanen says.

So how many eggs can you eat without worrying about it? Those kinds of specifics are tough to tease out. But Virtanen says his study’s “one egg per day” findings were the average of several days—meaning that even if you eat a three-egg omelet a couple days a week, as long as you’re staying right around that one-a-day average, you probably have nothing to worry about. 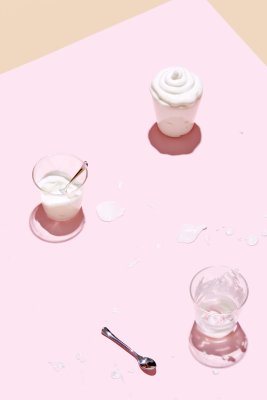 7 Breakfast Hacks for Weight Loss
Next Up: Editor's Pick