Mattel's New Gadget Will Let You 3D Print Your Own Toys

The Barbie and Hot Wheels maker gave Fortune an early peek at the ThingMaker 3D-printer, a system that allows kids and their parents to print action figures, jewelry, and wearables at home. The system is available for preorder on Amazon today but won’t ship until this fall. It should retail at $299.

Mattel is embracing a manufacturing process that comes with risks and rewards for the toy industry. In 3D printing, computerized machines layer material to create three-dimensional objects. The technology can allow Mattel and rival companies to become more nimble, especially to create fast prototypes or on the retail side, gives consumers more customization options with fancy technology. But more problematically, if the technology progresses too aggressively, it could result in people making their own toys and figures at home.

To Mattel’s credit, it made several wise choices when it came to the construction of the ThingMaker 3D-printer. The company partnered with software firm Autodesk to build the accompanying app that can send commands to the printer. Mattel also told Fortunethat the app, which runs on iOS and Android devices, isn’t just compatible with the Mattel-made printer. If a consumer at home has their own 3D-printer already, it will send commands to that device too.

The thought process behind this innovation was: how could Mattel reach into its toy vault and resurrect a brand for the new digital age? ThinkMaker–which first debuted as a system to make Creepy Crawlers in the 1960s–felt like a natural fit. And unlike many 3D-printed toys, these are functional for play time.

“In the 3D printing world today, most things are collectable. These are toys,” says Angela Emery, senior director global communications at Mattel.

The app outlines blue prints to help users construct their toys. It also manages kids’ expectations. One of the larger figures in the system that Mattel showed Fortune would take a little over 10 hours to be fully printed.

So while the future requires some patience, it also opens up a lot of new opportunities to encourage new ways to play.

“In today’s digital age, it’s more important than ever for families to transcend the digital world and make their ideas real,” said Aslan Appleman, senior director at Mattel, in a statement. “ThingMaker pushes the boundaries of imaginative play.” 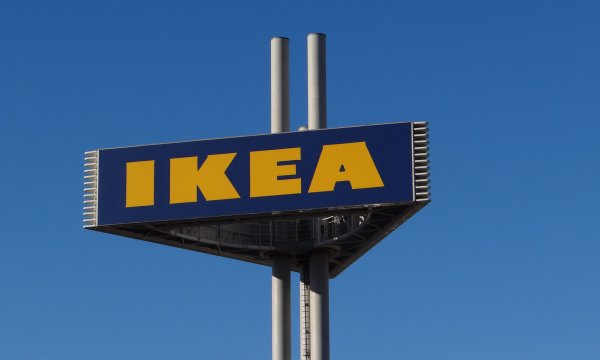 Ikea Accused of Dodging Over €1 Billion in Taxes
Next Up: Editor's Pick