Justin Bieber and James Corden are bringing the funk on Grammys day!

The 21-year-old singer – who won his first-ever Grammy on Monday night for his hit single with Skrillex and Diplo, “Where Are Ü Now” – hitched a ride to the show with the Late Late Show host and the two jammed out to Bruno Mars and Mark Ronson‘s “Uptown Funk” in a special Grammys edition of “Carpool Karaoke.”

But first, Bieber helped Corden freshen up for the awards show by applying some moisturizer to his T-zone.

Bieber’s moves are on point in the video but he barely sings along as Corden carries the tune.

Perhaps the singer is resting his voice for the Grammys ceremony, where he is set to perform “Where Are Ü Now” with Diplo and Skrillex. 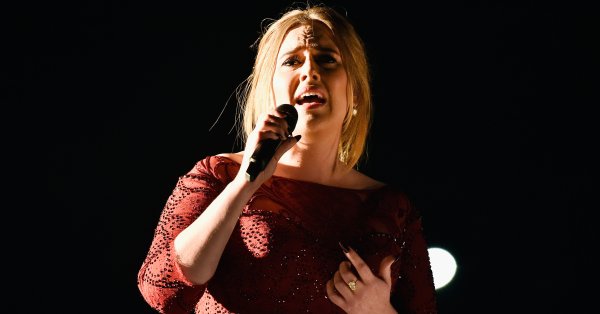 The Internet Knew Something Was Off About Adele's Performance at the Grammys
Next Up: Editor's Pick