New Broadway musicals don’t get much play outside of New York, but the wild popularity of Hamilton launched the show’s cast recording to the number one spot on Billboard’s rap chart last year—so it’s no surprise the stars were invited to perform at the Grammys Monday night, by telecast from New York.

The cast performed the opening rap number, “Alexander Hamilton,” which runs through the founding father’s early years in the Caribbean and his departure for New York, and introduces the show’s creator and star Lin-Manuel Miranda.

The cast went on to win Best Musical Theater Album, presented on their stage in New York by Stephen Colbert. Miranda rapped his acceptance speech with shout-outs to everyone from classic Broadway composers Sheldon Harnick and Jerry Bock to rapper Biggie Smalls. 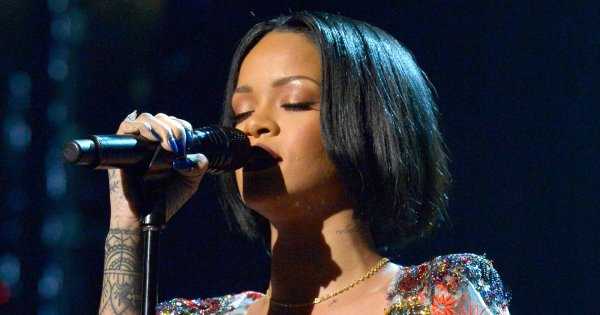 Rihanna Canceled Her Grammys Performance at the Last Minute
Next Up: Editor's Pick