Gwen Stefani wasn’t scheduled to perform during the 2016 Grammys, but she may have just delivered one of the evening’s most colorful performances anyway.

During a four-minute commercial break sponsored by Target, the No Doubt frontwoman starred in and filmed a live music video for her new single “Make Me Like You,” the latest taste of her third solo album, This Is What the Truth Feels Like, due March 18.

The singer had been teasing the video on her Instagram account in the hours leading up to the premiere. One of the pictures featured Stefani posing with a fake tabloid magazine—”Gwen Pregnant With Alien Baby!” reads the cover—revealing that the clip would poke fun at the media scrutiny over her personal life since she started dating fellow The Voice coach Blake Shelton after splitting from husband Gavin Rossdale last year.

The performance didn’t appear to go off without a hitch however: during the video’s roller-skate dance-party scene, it looked like Stefani took a nasty tumble. It turns out to have been a stunt double, though, because the singer popped up moments later in a whole other outfit—but hey, at least you know it really was live.

Update: a rep for Target told TIME in an email that the fall was planned. 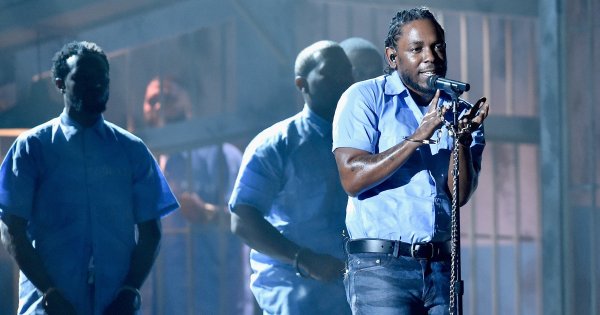