There was perhaps no better modern pop star to pay tribute to David Bowie than Lady Gaga, as her performance at the 2016 Grammys proved.

The singer, who used to paint a thunderbolt on her face in honor of the late singer, performed a medley of the rock star’s greatest hits and paid tribute to his iconic looks and flamboyant performances.

Dressed like Ziggy Stardust with a mane of flaming red hair, Gaga blew through hits like “Suffragette City,” “Rebel Rebel,” “Fashion,” “Under Pressure” and “Heroes.” She was joined on stage by Chic guitarist and Bowie collaborator Nile Rodgers, who recently spoke with TIME about how working with Bowie changed his life.

The performance is the latest milestone in the singer’s already-busy February: she performed the National Anthem at the Super Bowl last weekend, and she’s slated to perform at the Oscars later this month. 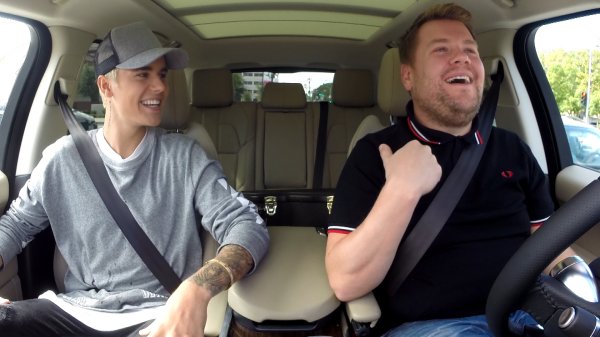