A blacktip shark hooked by Florida Atlantic University associate professor Stephen Kajiura and his team of students swims toward the boat off John D. MacArthur Beach State Park, March 3, 2015. According to Prof. Kajiura, around 10,000 blacktip sharks are swimming along the coast of Palm Beach, Florida.
Mark Randall—Sun Sentinel/Getty Images
By Katie Reilly

More than 10,000 blacktip sharks have finally arrived off the coast of Palm Beach, Fla.—long after they were supposed to show up.

The sharks typically arrive in mid-January, WPTV reports, and their less-than-punctual migration this year might be attributable to El Niño, a climate event that caused an unseasonably warm winter on the East Coast.

“The interesting thing is these sharks are right up against the shoreline. You could stand on the shore and toss a pebble and hit a shark, they’re that close,” said Florida Atlantic University biologist Stephen Kajiura, who studies the sharks’ migration pattern.

But Kajiura said spring breakers don’t have to fear the influx.

“For the most part, these sharks are really skittish, so when you get in the water, they’re going to scatter and go away,” he said. 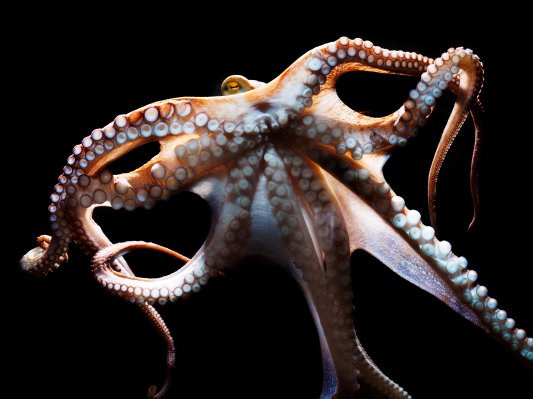 You'll Never Guess Why an Aquarium Canceled an Octopus Mating Event
Next Up: Editor's Pick