The Chinese government’s top official in Hong Kong has issued a strong rebuke of those responsible for demonstrations that turned violent during last week’s Lunar New Year celebrations, labeling them “radical separatists” with tendencies toward terrorism.

The comments, carried in the state newswire Xinhua, signal that Beijing may not brook continued activity by “localist” groups opposed to mainland rule that have been linked to the rioting in the early hours of Feb. 9.

Hundreds of people clashed with police after authorities tried to stop unlicensed street-food sellers from operating in the busy district of Mong Kok, where there presence is an Lunar New Year tradition. Localist demonstrators, enraged by what they saw as an attack on a cherished Hong Kong custom, came to the vendors’ aid.

Xinhua said in total more than 60 people have been arrested, and 40 have been charged with rioting. Almost 90 police officers and four journalists were injured, it said.

The demonstrators reportedly included members of Hong Kong Indigenous, one of several groups that have emerged opposing encroachment by Beijing on Hong Kong’s quasi-autonomous status. They have campaigned against the teaching of Mandarin Chinese in schools and opposed development projects in the northern part of the territory close to the border with Mainland China.

The Hong Kong authorities have long tolerated the localist groups but may be forced to act now that they have been publicly branded as “separatists” by Beijing, which would consider separatist demands to be anathema, regardless of Hong Kong’s autonomous status.

According to the South China Morning Post, Zhang’s comments came after a meeting with Hong Kong’s Rural Council, a group representing interests in the Northern Territories. Hong Kong chief executive Leung Chun-ying was at the same meeting, and appeared to back the Chinese envoy’s sentiments, noting that many of those charged with rioting were unemployed and belonged to political organizations.

“There are indeed some people, although a small proportion, trying to reflect some extreme political demands by escalating violence,” Leung was quoted saying. “Therefore, the police force must have sufficient manpower and equipment in facing these new challenges.” 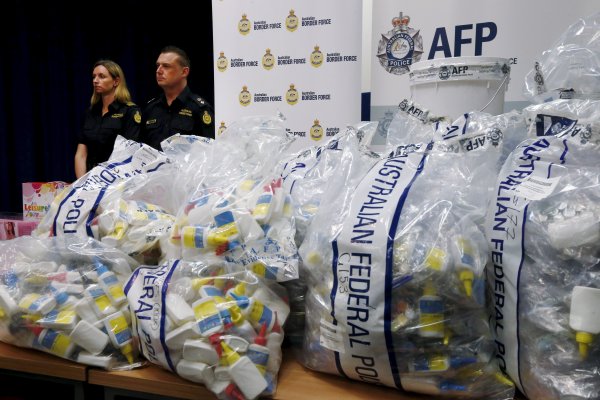 Australia Made a Massive $1-billion Meth Bust
Next Up: Editor's Pick