Justice Antonin Scalia was found dead at the Cibolo Creek Ranch in Marfa, Texas, on Saturday. The sprawling ranch sits on 30,000 acres of land and features “many exciting on-site opportunities for adventure,” according to the ranch’s website.

The Associate Justice was reportedly at the ranch on a hunting trip, one of the complex’s many on-site activities. Other activities include horseback riding, all-terrain vehicle excursions, catch-and-release fishing, and guided tours.

The rooms “meticulously follow the original architectural style of the 1800s” and each guest room is uniquely designed to reflect the original feel of the ranch. “Traditional Spanish and Mexican touches–spacious verandas, Saltillo tile floors, hand-stitched quilts, down comforters and authentic period antiques, including painted tin retablos and vintage lamps – are perfectly complimented by modern conveniences at every turn,” the website reads.

The ranch was founded by Milton Faver, a pioneering cattle driver who is believed to have inspired the character of Gil Favor on the mid-century television series Rawhide.

Scalia died Saturday at the age of 79. The long-serving justice had reportedly gone to bed early on Friday after complaining he didn’t feel well. The next morning he didn’t wake up.

The nation mourned the conservative justice’s death, with four U.S. presidents and dozens of national leaders remarking on his legacy.

“Justice Antonin ‘Nino’ Scalia was a larger-than-life presence on the bench — a brilliant legal mind with an energetic style, incisive wit, and colorful opinions,” President Obama said. “Tonight, we honor his extraordinary service to our nation and remember one of the towering legal figures of our time.” 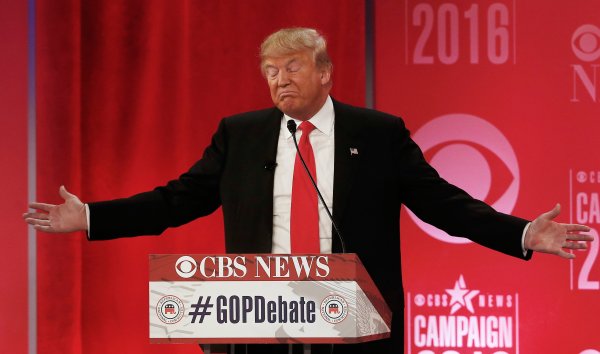 Check Out the Top Moments of the Republican Debate
Next Up: Editor's Pick