How Scalia's Death Will Affect Pending Cases Before the Supreme Court

The untimely death of Justice Antonin Scalia rightly will be met with sadness and many learned assessments of the long-term impact this historic figure had on the Court, the American judiciary and the country.

In the short-term, his passing may have consequences for several important cases that are to be decided this year.

When the Supreme Court justices split evenly on how to rule, the decision of the lower court stands. This can happen when a justice is recused from a case, or when there is a vacancy on the court. Scalia represented the fifth vote for conservatives on the court and in those cases that were expected to split 5-4 along ideological grounds, his death may affect the outcome.

In the event of a tie among the justices, the Supreme Court effectively upholds the lower court’s ruling and any opinions issued are considered non-binding.

The most likely case currently before the court to be affected by Scalia’s death is a union case, Friedrichs v. California Teachers Association, which could have restricted unions’ ability to collect fees from non-members for collective bargaining. If the court issues a ruling this year, it is unlikely to break with the settled constitutional interpretation that unions can do so.

Other important cases before the court that may now be evenly divided, reports a prominent member of the Supreme Court bar, Tom Goldstein, include, “Evenwel v. Abbott (on the meaning of the “one person, one vote” guarantee), the cases challenging the accommodation for religious organizations under the Affordable Care Act’s contraceptive mandate, and the challenge to the Obama administration’s immigration policy.”

An important affirmative action case, Fisher v. University of Texas at Austin, may not be affected because liberal Justice Elena Kagan is recused, which means conservatives retain a four-three vote margin if Justice Anthony Kennedy sides with those remaining on the right. 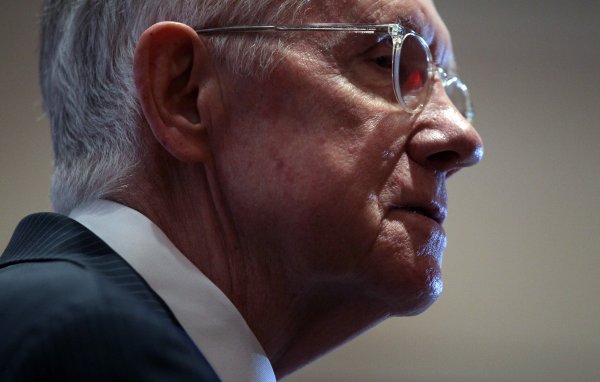 Senate Leaders Spar on Whether Next President Should Pick Antonin Scalia's Replacement
Next Up: Editor's Pick