What Made Antonin Scalia Influential

On Saturday officials in Washington confirmed the death of Antonin Scalia, the conservative jurist who was appointed to the Supreme Court by President Ronald Reagan.

In June 1986, TIME’s Richard Stengel described how Scalia‘s background, upbringing and passion for an after-dinner sing-along brought the father of nine to the attention of Washington’s most influential judges and politicians. Three months after the story was published, Scalia became a member of the Supreme Court: 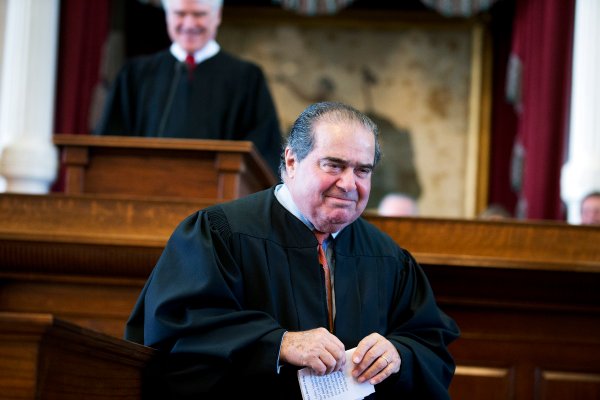 Supreme Court and Politicians React to the Death of Justice Antonin Scalia
Next Up: Editor's Pick