This Is How South Carolina Got Its Reputation for Dirty Politics

What’s the matter with South Carolina? With the state’s Republican presidential primary scheduled for Saturday, there have been reports of negative robocalls from mysterious groups and word of push polls—surveys that are ostensibly neutral but in fact lead voters to a particular opinion. Charleston’s Post and Courier has launched a website to keep track of “questionable campaign activity.” (So far, the reports range from stolen yard signs to a robocall asking “how [the respondent] felt about the fact that Trump is trying to stop veterans from running businesses in New York City because they are eyesores.”) After all, the state has a reputation as home of some of America’s most underhanded political tricks.

“Ask a veteran of South Carolina politics to name the ugliest chapter in his state’s low-down and dirty political history and he may be slow to answer,” Michael Crowley noted in TIME back in 2012. “Not because he’s offended, but because there are so many acts of dark magic to choose from.”

The examples listed by Crowley were many: the 2000 whisper campaign that alleged that John McCain’s adopted daughter, who is from Bangladesh, was in fact his own illegitimate African-American child; the 2008 Mormon-themed greeting cards that purported to be from Mitt Romney; the accusations that 2010 gubernatorial candidate Nikki Haley had an affair. “More-seasoned veterans might reach back to the 1978 phone calls pointedly ‘asking’ voters’ opinions about the faith of a Jewish candidate for Congress,” Crowley continued. “Or the curious case two years later of the reporter who asked a Democratic congressional candidate about his history of ‘psychotic treatment.'”

Both of those two early examples were linked, to varying degrees, to Lee Atwater, a political operative who, as TIME explained amid the 2000 campaign, “helped turn South Carolina, his home state, into the most reliably Republican place in the country.” Atwater, who died in 1991 after having said that he regretted some of his tactics, was perhaps most associated with the ads that linked Michael Dukakis to the rapist Willie Horton during the 1988 presidential race. (While the ads were produced by a committee independent from George H.W. Bush’s campaign, which was managed by Atwater, the operative was often credited with making Horton an issue in the election.) That Atwater was from South Carolina was, by many accounts, a crucial part of the state’s becoming a testing ground for negative politics, even after he was no longer involved.

But South Carolina’s place as the first-in-the-South primary may be equally to blame, rather than anything to do with the Palmetto State’s character. It can be make-or-break for candidates, so campaigns are more likely to pull out all the stops in a place where doing so would fit the narrative anyway.

For this year’s race, however, some have suggested that the days of dirt are over. For one thing, there’s plenty of reason to doubt that dirty political tricks have made a real difference in any of their recent iterations: Many races have turned out the way they likely would have without the scheming—for example, Nikki Haley, she of the adultery smear campaign, won her race and is still governor. Plus, the Internet makes things easier to trace. For now however, with days left in which things could get ugly, those watching South Carolina still have reason to do so with apprehension. 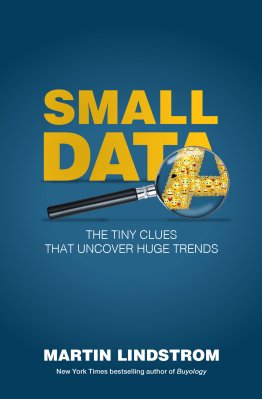