The True Story Behind Valentine's Day

The most appropriate response to this question might be to ask which St. Valentine one has in mind. It is somewhat unclear exactly which Christian saint is being commemorated on Valentine’s Day, a holiday that has become increasingly secular over time. Two early Christian martyrs named Valentine are thought to have died on February 14th, yet many other martyrs from this time period shared this name. One reasonable explanation is that several legends surrounding saints with this name have come to be celebrated collectively on the day we now know as Valentine’s Day.

Contemporary accounts suggest that Valentine was a priest who lived during the reign of the “cruel” Roman Emperor Claudius II (A.D. 210 – A.D. 270). According to legend, Valentine, going against the wishes of the emperor, helped arrange marriages for soldiers. This St. Valentine was subsequently sentenced to death and executed as a result of his actions.

Another story tells of a judge who converted to Christianity after Valentine restored his blind daughter’s sight. When Valentine tried to convert Claudius to Christianity, a religion the emperor was determined to suppress, Valentine was put to death. A similar story places Valentine in prison in Rome and describes him as receiving many letters from Roman children. Among them was the jailor’s blind daughter, whom he also cured.

It is possible that the association of Valentine’s Day with love is rooted in a tradition dating back to pagan Rome. For many years, Romans had held celebrations in honor of the goddess Juno in anticipation of the Feast of Lupercalia, an annual festival honoring the gods of fertility. This feast eventually came to include a tradition that involved young men being paired for a year with a woman whose name they drew out of an urn. There is evidence that many centuries later a similar practice had become common in eighteenth century England. In both instances, it was thought that the men and women who were paired together might eventually marry. Whatever the influence of these celebrations on our modern tradition, by A.D. 498 it had become associated with Christianity when Pope Gelasius gave the day official recognition.

The tradition of sending Valentine’s Day cards is likely rooted in another legend attributed to the saint who supposedly sent a letter to the jailor’s daughter. It was signed, “From Your Valentine.” The first known Valentine’s Day card was sent around six hundred years ago by Charles, Duke of Orleans, who wrote to his wife while in the Tower of London. Although the average card purchased at Hallmark might not have such a story attached to it, receiving one still brings people joy centuries later.

The association of St. Valentine with romantic love can in many ways be traced to the poetry of medieval writers, the most notable among them being Geoffrey Chaucer. In his poem “The Parliament of Fowles,” it is on St. Valentine’s Day that the birds choose their mate before the arrival of Spring. Chaucer possibly chose to set his poem on this day in order to commemorate another St. Valentine from Genoa whose feast day fell in May. The association of gift-giving with Valentine’s Day has been attributed to the court culture of seventeenth and eighteenth century Europe, and this association was only strengthened as the Industrial Revolution transformed society and allowed American and Europeans easier access to commercial goods.

Because so little is known with certainty about the life of St. Valentine and it is difficult to be sure which Valentine is being referenced in many legends, the Catholic Church removed him from the General Roman Calendar following Vatican II in 1969. Although Valentine’s Day is no longer celebrated as an exclusively religious holiday, recalling the story of the individual or individuals who inspired this holiday reminds us of its long and rich history.

Katherine Defonzo, a sophomore at Fordham, is an HNN intern. For a full list of sources, visit HNN 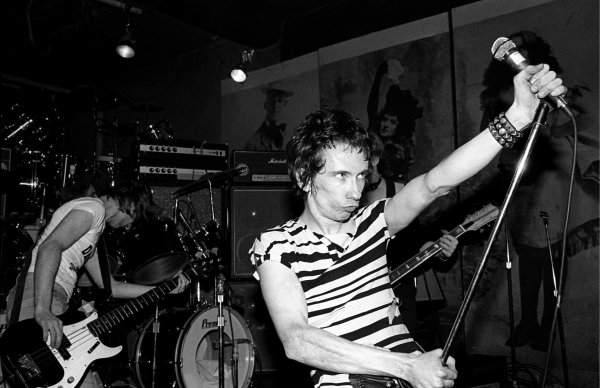