Ted Cruz released two ads attacking his Republican presidential rivals Donald Trump and Marco Rubio this week—but a revelation about one his ad’s actors led that spot to be pulled from the airwaves.

Cruz, who fell to third place in this week’s New Hampshire primary after a win in the Iowa caucuses, knocked the New Hampshire winner, Trump, for a “pattern of sleaze” linked to his support for eminent domain. In a one-minute ad titled “Parking Lot,” Cruz calls out Trump for booting a woman off of her property in order to make room for a limousine parking lot. In the ad, Trump doesn’t deny that he bought the woman’s property for his private company. “I offered her a lot of money,” he’s seen saying in the ad, pointing to his chest as if to say he did so out of the goodness in his heart. Donald Trump has said he still supports eminent domain.

“Trump uses power for personal gain,” the ad says. “Imagine what he could do as president.”

In another ad released this week, Cruz attacked Rubio as “just a pretty face,” in a 30-second South Carolina spot that parodied a self-help group griping over voting for a “Tea Party hero on the campaign” who went to Washington and “played patty cake with Chuck Schumer.” The ad was later pulled, however, due to the acting background of one of its actors. It turns out, one of the women his campaign tapped to appear in the video, Amy Lindsay, has been featured in soft-core pornography flicks. That revelation was first reported by BuzzFeed. After the ad was pulled, Lindsay tweeted that she was “disappointed” in the Cruz campaign. 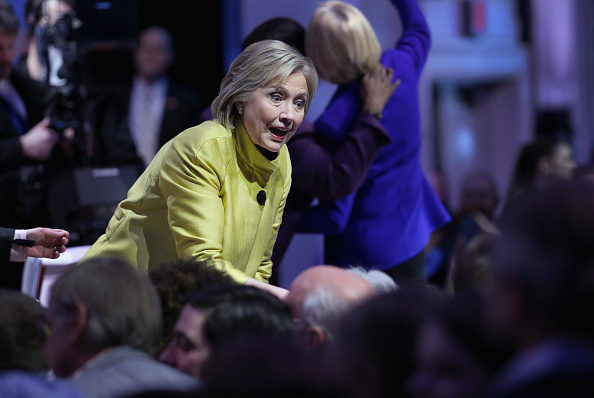