On Thursday afternoon, Kanye West hosted a livestream of his new album, The Life of Pablo, during the presentation of his Yeezy Season 3 clothing line at New York Fashion Week. Here’s what to know if you weren’t able to tune in:

1. More than 20 million people watched, according to TIDAL. The streaming service experienced some technical issues due to the volume of viewers. As for the live event, West announced that around 20,000 people packed into Madison Square Garden to view the combined fashion show/album release.

2. Kanye considers it a gospel album. “This album is really a gospel album,” he said after playing it for the packed house and thanking God, his wife and her family, and Adidas, with whom he partnered on his new line of clothing and shoes.

3. Lamar Odom was there. Khloe Kardashian’s estranged husband Lamar Odom showed up to the event in his first public appearance since being found unconscious in a Nevada brothel in October.

4. Kim Kardashian went blonde. Kardashian showed up with sisters and North West in tow, sporting a new bombshell look for the debut.

5. Several surprise vocalists were featured on the album. Frank Ocean, The Weeknd, Chance the Rapper, Kid Cudi, The Dream and Rihanna could be heard on the album, in addition to Kendrick Lamar, who raps on the previously released “No More Parties in L.A.”

6. He rapped about Taylor Swift. On the track “Freestyle 4,” Kanye invoked frenemy T-Swift in the following lyric: I feel like me and Taylor might still have sex/I made that bitch famous.

7. Martin Shkreli appears to have tried to buy and/or block the release of the album. The pharmaceutical executive who drew ire for raising the prices of life-saving drugs and purchased the Wu Tang Clan’s latest album for $2 million issued a mysterious Tweet before the livestream:

8. West debuted his newest clothing line, Yeezy Season 3, and his models mostly stood still throughout the show. With the exception of a few big-name models, like Naomi Campbell and Alek Wek, the majority of West’s models stood still for the duration of the event, staring straight ahead with defiant expressions on their faces. The fashion line featured skintight bodysuits in natural tones with neon accents:

9. West announced a new video game he collaborated on. After unveiling the new album and designs, West offered a sneak preview of a video game he’s been working on called “Only One.” The concept revolves around the idea of his mother, who died in 2007, traveling through the gates of heaven. When the crowd reacted with only modest applause to the game, he played the clip again, saying, “That was hard to do, bro.”

11. But a few couldn’t resist some zingers. 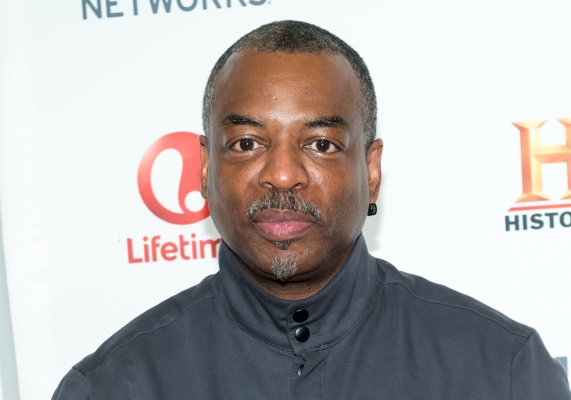 Watch the First Trailer for the Roots Remake
Next Up: Editor's Pick