Late last week, Utah Sen. Mike Lee introduced a bill that at first looks like a straightforward matter of Congressional logistics. Under his plan, any potential future change to the requirements for registering for the military draft would have to go through Congress. But, though the bill mentions nothing about gender, Lee’s office has said that he hopes through this mechanism to preempt any chance that the recent lifting of the combat ban for women in the U.S. military would lead to a situation in which women are required to register for the draft. The bill has drawn extra attention ever since presidential candidates Marco Rubio and Ted Cruz announced that they would co-sponsor it, even after Rubio had earlier expressed his belief that it would make sense for women to register. In doing so, the candidates have entered a debate that has endured for more than half a century.

In 1968, a New York City lawyer arguing on behalf of a draft evader made what was then a surprising argument: that the draft was illegal in the first place, because it discriminated on the basis of sex. It was actually not the first time a draft for women had occurred to U.S. officials—a nurse draft was considered and rejected during World War II—but it was mostly considered a joke at the time. “Now that would put real meaning into Uncle Sam’s saying ‘I Want You,’” TIME quoted a young Manhattan woman saying. “The old lecher!”

The court agreed: “In providing for involuntary service for men and voluntary service for women, Congress followed the teachings of history that if a nation is to survive, men must provide the first line of defense while women keep the home fires burning,” declared a district court judge in response to the filing. “Moreover, Congress recognized that in modern times there are certain duties in the Armed Forces which may be performed by women volunteers. For these reasons, the distinction between men and women with respect to service in the Armed Forces is not arbitrary, unreasonable or capricious.”

A decade later, however, the idea that women should be drafted was no laughing matter.

In the decade that followed the 1968 case, a cap on women in uniform was abolished, legal rulings let women into military from which they’d once been banned and some women-only branches of the armed forces were shut down. Though some worried about the impact of a more mixed military, demographic needs—a declining population of 18-year-old men, post-Baby Boom, and a post-Vietnam need to refresh the forces—counteracted many of those fears.

But the military wasn’t the only area in which things were changing that decade. The intervening years had also seen Congress pass the Equal Rights Amendment, the proposed change to the Constitution—which later failed in the states—that would have guaranteed equal rights to women. The Vietnam draft ended shortly after the ERA was passed, but its memory loomed large. So, for opponents of the equality amendment, the threat of a gender-neutral draft—a threat to women and to national security—was a powerful argument against ratification. As Phyllis Schlafly, the most outspoken opponent of the ERA, put it, “America is entitled to better protection than women’s physical strength can give us.”

By 1980, as the ERA continued to move through the ratification process and the Cold War replaced the Vietnam War in the fear centers of many American minds, President Jimmy Carter discussed reinstating the draft. The question of women was, by that point, unavoidable. Many prominent feminists said that they believed that if men should fight, women should too—and in fact Karen DeCrow, one-time president of the National Organization for Women, told TIME that she thought ratification of the ERA should be a prerequisite for a new draft, as otherwise it would be unfair to men.

Sure enough, that February, when Carter wanted to require young Americans to register for the draft, he sent two bills to Congress, one of which would require women to register. “There is no distinction possible, on the basis of ability or performance, that would allow me to exclude women,” he said. But the use of two separate bills was not a coincidence: registration (though not active conscription) resumed for men, but the women’s registration did not move ahead.

The decision prompted a revival of the same argument made during Vietnam: that the new draft was discriminatory against men and thus a violation of the Fifth Amendment. In 1981, the Supreme Court held that a men-only draft was constitutional. Since the point of a draft was to get troops for combat, the argument went, and women were excluded from active combat at the time, the draft system made sense as-is. As for Phyllis Schlafly, she predicted that the decision would mean the failure of ERA, as it was proof that women and men really did not bear the same responsibilities in society.

Whether or not the draft was the cause, she was right about the result. The ratification period for ERA expired in 1982.

It’s striking to note that many of the most effective anti-ERA arguments—same-sex marriage and unisex toilets—of the 1970s and ‘80s have come to pass without the help of the ERA. Though not every American may be happy about them, they’re hardly the cultural bugbears they once were, terrifying enough to derail a constitutional amendment. Whether that arc will hold true for a gender-neutral draft remains to be seen (and Lee’s bill has been referred to the Senate Armed Services Committee), but the increased presence of women in the military and their admission to combat roles has already shown that the idea doesn’t seem like as much of a threat to femininity or national security as it once did. Even as many Americans continue to disagree about whether a potential draft ought to include women—or whether it should exist in the first place—the nation’s women have shown their mettle.

After all, perhaps the most affecting argument is the one expressed by a TIME reader in 1978, during an earlier iteration of this debate.

“Nothing I saw the troops or their officers do during the time I served in Viet Nam could not have been done by a 100-lb. female,” wrote William D. Watson of Denver. “The bleeding is the only hard part, and it requires no special skill.” 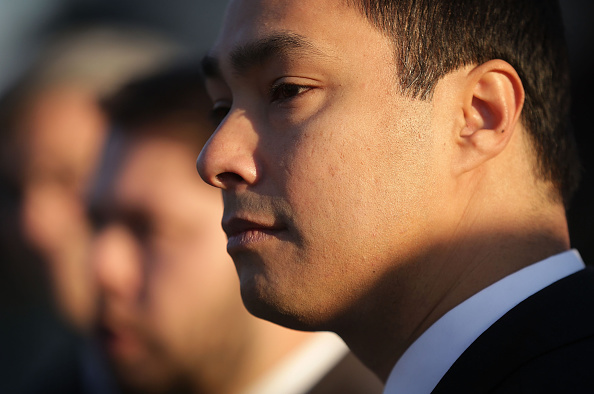 Hillary Clinton's Vision for America Is About Inclusion
Next Up: Editor's Pick