How J.K. Rowling Became a Support System for Her Fans

J.K. Rowling poses for a photo during an appearance at The David H. Koch Theater in New York on Oct. 16, 2012.
Dan Hallman—Invision/AP
By Ashley Ross

J.K. Rowling’s fans look to her to answer all kinds of questions, from the fate of their favorite character to the truth about that rumored eighth Harry Potter book—but they also ask her about how to cope with depression.

As a celebrity author who’s unusually responsive to her fan base, Rowling has long used Twitter as a way to reach her many acolytes directly, joking about what her Patronus would be, giving away new secrets on the wizarding series and inviting confidences from her followers by responding publicly to their very personal cries for help.

Rowling’s role as a virtual counselor to young people struggling with despair is more fitting than it might initially seem, because her Harry Potter books themselves offer lessons in depression and recovery, specifically in the form of Dementors, dark creatures that “suck hope and happiness out of their surroundings.”

Some of her followers even use Dementors as a metaphor for their own feelings: Rowling recently responded to a Twitter user in Brazil who asked the author for her advice on “how to scare the dementors” living under her bed. Rowling’s response?

In May of 2015, she shared a series of uplifting photos to a Twitter user who asked “what would you say to someone who has failed to find meaning and wants to finally give up?”

And the author most recently took to Twitter on Thursday to offer a hopeful message for a fan who felt her anxiety was blocking her from being a “true Gryffindor,” a type of Hogwarts student known for bravery, courage and nerve.

Rowling has long spoken frankly and publicly about mental health and depression. In 2008, she opened up to a student journalist about battling depression in her 20s, and even contemplating suicide. “I have never been remotely ashamed of having been depressed. Never,” she said. “What’s to be ashamed of? I went through a really rough time and I am quite proud that I got out of that.”

Dementors, like depression, or any sort of chronic mental health issue, have been described as “the cold absence of feeling.” And Rowling’s moving responses have been the exact opposite. After all, as Rowling once wrote, “happiness can be found, even in the darkest of times, if one only remembers to turn on the light.” 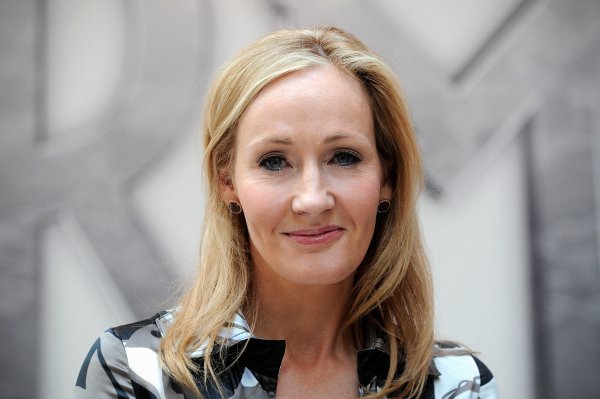