Batman may be getting old—“too old to die young,” as Alfred reminds him—but he totally dominates the final trailer for Batman v. Superman: Dawn of Justice. That is, until Gal Gadot’s Wonder Woman shows up and flies into battle like a bat out of hell (or, more accurately, a goddess out of Olympus). This trailer marks the first time we’ve heard the superheroine speak—and it’s a voice we’ll be hearing much more when her standalone movie comes out in 2017.

The story here is told from the perspective of Batman (Ben Affleck), who views Superman (Henry Cavill) as a potential threat to the human race. We also get glimpses of Amy Adams as Lois Lane and Jesse Eisenberg as a sinister Lex Luthor, who predicts that the showdown will be the “greatest gladiator match in the history of the world.” 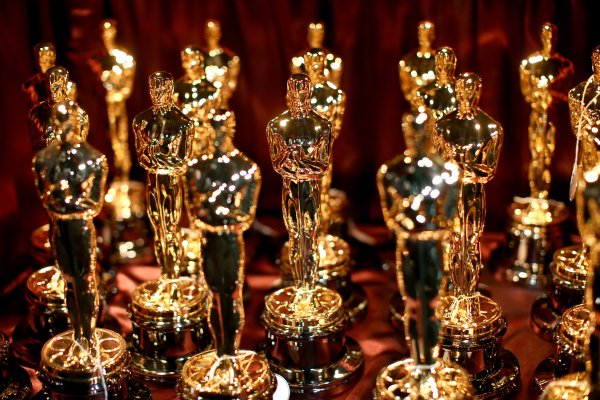 This Year's Oscars Swag Bag Comes With a Free Trip to Israel
Next Up: Editor's Pick