Peyton Manning finally got to fulfill one of his childhood dreams on Wednesday night’s episode of The Tonight Show, but it didn’t happen exactly the way he expected. The Super Bowl 50 champion had the opportunity to play one-on-one with NBA Hall of Famer Magic Johnson — in a game of Egg Russian Roulette, that is.

Host Jimmy Fallon pitted the two star athletes against each other in a game that involved taking turns choosing an egg out of a carton and then smashing it over their heads. The twist: eight of the dozen were hardboiled, but four of them were raw.

“I had dreams growing up of being able to play Magic one-on-one someday,” Manning said. “I never thought it’d be in Russian egg roulette.” 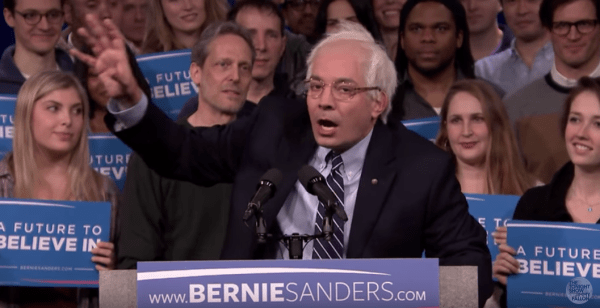