Eddie S. Glaude Jr. The chair of Princeton’s African-American studies department is urging black voters to write in ‘None of the above.’
Javier Sirvent
Ideas
By Belinda Luscombe
Luscombe is an editor-at-large at TIME and the author of Marriageology: The Art and Science of Staying Together.

In your new book, Democracy in Black, you talk about the “value gap,” the belief that white people are more valuable, which leads to “racial habits.” Is that racism?

Our typical way of thinking about racism is as intentional prejudice. Racial habits are much more diffuse. I’m not a climate-change denier, for example. But you wouldn’t know that by the look of my house or my car or the way in which I use lights. I’m making choices that reproduce the effects of global warming. All of us have habits that give life to the value gap.

How is what you call the “great black depression” different from the recession?

There is all of this talk about economic recovery, but when we look at the vital statistical data around black America, we see nothing but devastation and ruin. For the first time, there are more poor African-American children than white children. What’s startling about that is that there are three times as many white children in America as black children.

Why do you call President Obama a “snake-oil salesman”?

He stands in the tradition of Bill Clinton and Jimmy Carter, Democratic confidence men who said that they were going to change the realities of race in this country. In fact, in terms of the material conditions of large numbers of black folk, matters have gotten worse.

So why are African Americans lining up behind Hillary Clinton?

It has something to do with familiarity, brand and that the black political class is doing its work. But if you look at the particulars, you will get a much more complicated picture.

This election you want people to write in “None of the above” for President. How can that be a good plan?

You have a black political class who make a living delivering blacks for the Democratic Party, which then has no obligation to deliver in terms of policy. I want us to think about how we can create a civic-power outage. Because whatever this is, it’s not democracy.

Your son Langston, a student at Brown, was questioned while in a public park by police. What had you said to him about situations like that?

I remember when a neighbor of ours, who was not black, got in trouble and the police brought him home. I walked my son outside, pointed down the street and said, “They wouldn’t have brought you home. You’d be in jail.”

Could you see protests like those at Missouri happening at Princeton?

You have to read these moments on campuses as extensions of what’s happening in America. Students are taking possession of the university. They’re not just passing through and told to endure. It’s amazingly powerful.

How do you reconcile what Bill Cosby has done for historically black colleges with the heinous things he’s been accused of?

I’m a Morehouse man, and he’s been generous to Morehouse. If he did them, he’s a monster. Period. This is not an excuse for Cosby, but we have to ask ourselves what in this country cultivates such monstrous behavior. To paraphrase Jimmy Baldwin, we have to deal with the sons of bitches we are and the miracles we can be.

Are there no grounds for celebrating improvement in race relations?

As long as we view equality as a kind of charitable enterprise, something white folks give to other folks, we’re always going to be behind the eight ball. The goal is for every human being to be afforded dignity and standing. And white people aren’t the measure for that. 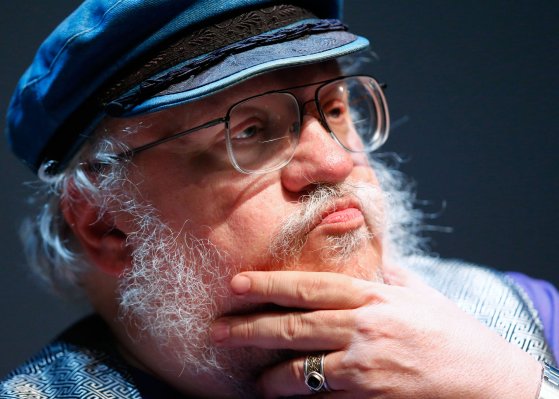 Texas A&M to Give Game of Thrones Author an Honorary Degree
Next Up: Editor's Pick