This undated image released by the Emirates News Agency, WAM, shows Ohood Al Roumi, the Minister of State for Happiness of the United Arab Emirates
AP
By NBC News

The United Arab Emirates’ poet-prime minister, who’s declared that he wants to make the UAE “one of the best countries in the world” within five years, has appointed an official “minister for happiness” in a new cabinet he announced Wednesday.

Sheikh Mohammed bin Rashid, a British-educated businessman and technocrat who launched Emirates Airline in 1985, became prime minister of the world’s sixth-richest country (as ranked by the World Bank) in 2006. His new cabinet includes eight women.

One of them is Ohood Al Roumi, currently director general of the prime minister’s office…

Correction: The original version of this story incorrectly stated the number of women who are in the U.A.E.’s new cabinet. There are eight female ministers. 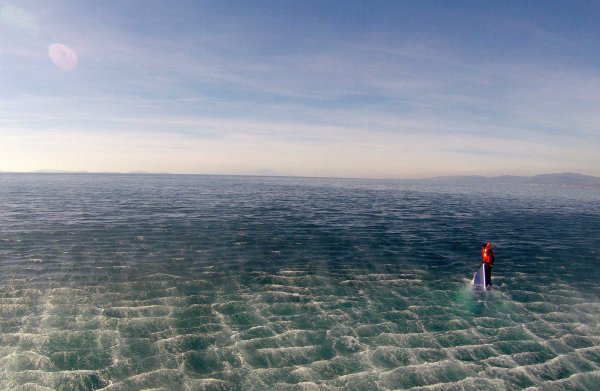 See the Dramatic Rescue of a Syrian Refugee at Sea
Next Up: Editor's Pick