Review: Layers of Fear Is a Splendid Haunted House Devoid of Chills

In Layers of Fear, a “psychedelic horror” game for PC, PlayStation 4 and Xbox One out February 16, you open things and then you close them. The dreary Victorian house you’re asked to explore abounds in doors, drawers, cabinets, armoires, cupboards and trunks, each a potential reservoir of revelation.

Inside those containers lie beautifully rendered relics from a life recalled in confused glimpses. Most of these things, unfortunately, are only elaborate set dressing, visual additives for flavor as well as to make enough hay to ensure there’s a big enough stack to rummage through. Keep at it and you’ll eventually unearth items that let you peep some of the carefully obscured fiction.

You control a master painter as he passes through dilapidated rooms and along shabby corridors in a kind of phantasmagoric fugue. The idea is that you’ve gone insane as you labor to complete your “magnum opus.” That makes Layers of Fear a “figuring out what’s going on” game, meaning you spend most of the four or five hours it takes to get to the credits piecing together who you are and what you want and what that all means for the rest of the story’s characters.

What it won’t do is creep you out, especially if you’re inured to horror clichés like blackouts, melting faces, unintelligible whispering, telltale heartbeats, high-pitched whines, gotcha trapdoors and endless telekinetic shenanigans. It’s a predictable jump-scare party, in other words. You tiptoe down dim corridors or poke around ramshackle rooms, trip an invisible design wire, and the audiovisuals go “Boo!”

Games like Gone Home or The Vanishing of Ethan Carter, by contrast, deploy horror genre grammar as a subtler ambient veneer to bait and eventually switch you over to alt-stories as unexpected as they are unsettling. Layers of Fear harbors no such narrative twists. All its conceits—about insanity and what might drive a person mad and what that person might then do—are right at the surface.

This is a metaphor-free zone.

What’s left is middling backstory excavation, which you get at by dragging a tiny pointer around until you see a hand, signaling you can pull open a cupboard door or slide out a drawer which might harbor a note or other object that triggers an audio vignette. But there’s nothing to help you sort the wheat from the house’s volumes of static chaff. This results in hours of busywork. And it’s fiddly busywork at that, asking that you align the pointer with activation spots millimeters apart before picking through monotonous debris fields.

Walking the house is another matter. For most of the experience, the connection points between the rooms aren’t fixed, which has the effect of cleverly unmooring you. Layers of Fear lets you think you’re in a residence that conforms to standard Euclidean geometry, then starts shuffling the spaces you wander through, allowing for artful revisitation (and reimagining) of familiar rooms. It’s like refrigerator poetry, only with hallways and chambers instead of words.

And there’s a related twist that involves a novel reification of the observer effect in physics. Swivel the camera at certain points and the world mutates seamlessly, tricking your sense of place and direction by making the act of looking itself a form of actuation. Was that passage there a moment ago? That window? Did this piano just move slightly? Wasn’t that door locked the last time I checked?

This is where Layers of Fear gets ahead of its shortcomings and starts to feel like a fascinating vehicle for imagistic storytelling. I wondered more than once if it wouldn’t have worked better in virtual reality, in fact. My inability to muster so much as a halfhearted gasp might have gone differently with a pair of wraparound goggles strapped to my head, jacked into a visual framework always threatening to buckle at a glance.

And what an elegantly demented framework. If there’s reason to give the game a try, it’s the art team’s stunning moment to moment visual accomplishments, to watch the rain drizzle down deco sidelights or the light fall strangely on Boschian paintings and other tableaus of misery. It’s a feat of atmospheric design on par with Alien Isolation or Soma. And while it doesn’t salvage the story or excuse the cheap scare tactics, what’s more intriguing is the design team’s way of looking, and what that might inspire down the road. 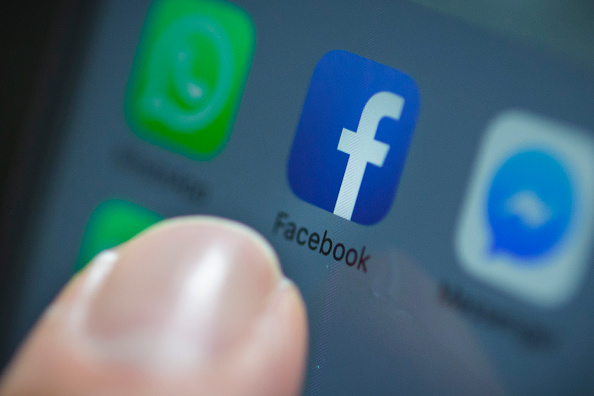 Facebook Can Be Sued for Removing Nude Painting, French Court Rules
Next Up: Editor's Pick