Ace, a service dog in training, couldn’t contain his excitement when he had the opportunity to meet one of his personal heroes during an outing to Disneyland. The young pup was introduced to Disney’s Pluto while visiting the theme park as part of a socialization experiment, according to a Facebook post by Guide Dogs of America volunteer Sandy Steinblums.

And while at first he was a bit starstruck by his favorite character, he eventually managed to calm down and showcase some of his newly-learned skills. “What you didn’t see after the 14-15 seconds video where he settled in a down was his down/stay for a few minutes while Pluto tried to break his stay,” Steinblums wrote.

Ace still has 6 to 9 months of training to go before he will become an official guide dog. 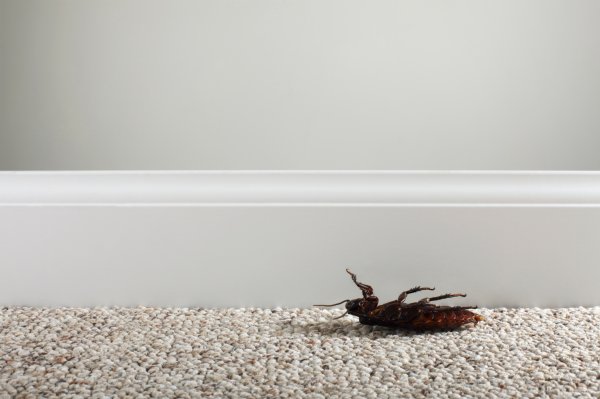 Here's Why It's So Hard to Kill a Cockroach
Next Up: Editor's Pick