Why Dementia Rates May Be Slowing Down

The older we get, the more memories we lose and the more scrambled some of our thoughts become. Some experts believe that such decline in our cognitive abilities is unavoidable if we live long enough.

But in a study published in the New England Journal of Medicine, researchers question that theory. Working with data from the long-running Framingham Heart Study—which began in the 1940s and continues to follow the original group, as well as their children and their children’s children—scientists say that rates of dementia may actually be decreasing rather than climbing. Dementia refers to the overall drop in cognitive function and encompasses a number of disorders, including Alzheimer’s.

Looking at a group of 5,205 people who were older than 60 and who had regular tests of their cognitive function for decades, Dr. Sudha Seshadri and her colleagues found that dementia declined on average by 20% each decade from the 1970s to the 2000s. Only people with a high school education or more showed such declines, however, and dementias related to problems with circulation showed the sharpest declines.

That makes sense, say Seshadri, since dementia is connected to problems in circulation, and the Framingham Heart Study looks at risk factors for heart disease, which include circulation-related factors such as blood pressure and stroke.

But even when she adjusted for the effects of these factors, the drop in dementia rates remained significant. That suggests, she says, that “there is something more here. We still need to keep looking.”

In other words, something changed between the 1970s and 2000s to bring dementia rates down. While obesity and diabetes are increasing, and both can contribute to dementia, other trends may counteract their effects, including changes in exercise and diet. Seshadri says the Framingham Study data did not include good information on the people’s exercise habits in the 1970s, so she wasn’t able to analyze how physical activity patterns changed and whether they affected the incidence of dementia.

It’s possible that lifestyle factors such as physical activity and diet, as well as taking care of heart disease risk factors like hypertension, may all contribute to preventing dementia. Stroke is also a big risk factor for dementia, and keeping the circulatory system and heart healthy can lower stroke risk as well. Understanding that lifestyle factors may play a role in preventing dementia could be critical in reversing the upward curve of dementia rates that most studies are predicting in coming years. The World Health Organization says that 47.5 million people currently live with dementia, and by 2050, 135.5 million could suffer from its effects.

Making such changes could be especially helpful for certain people. In another study published in Alzheimer’s & Dementia: The Journal of the Alzheimer’s Association, researchers found that rates of dementia are highest among African-Americans and Native-American Indians. While genetic factors could be partly responsible, previous studies on health disparities among different racial and ethnic groups also show that socioeconomic factors, including education, cultural norms and other behaviors may be equally important. In the case of dementia, that means that addressing things like high blood pressure, which is linked to dementia and is more common among African-Americans, could be critical in lowering their risk of dementia. 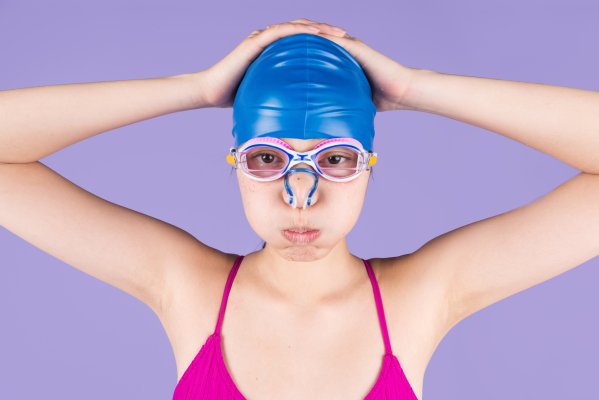 People Who Exercise May Have Bigger Brains
Next Up: Editor's Pick