Find Out What Prince George Is Called at Preschool

Prince William, Duke of Cambridge and Prince George of Cambridge arrive at the Lindo Wing after Catherine, Duchess of Cambridge gave birth to a baby girl at St Mary's Hospital on May 2, 2015 in London, England.
Max Mumby—Indigo/Getty Images
By Simon Perry / People

He’s heir to the throne of the United Kingdom, but at school he’s just one of the kids.

Prince George, who is kicking off his sixth week of preschool at Westacre Montessori in Norfolk, near his family’s country home, leaves his title at the classroom door when he hangs up his coat each day.

The 2-year-old royal is known simply as “George” among his classmates and teachers, a royal source confirms. The name will likely be written on his coat-and-backpack peg, and his teachers will write it for him on his artwork, says Louise Livingston, who is director of training at the Maria Montessori Institute, where many of the teachers at George’s school have studied.

On Sunday Princess Kate – who has been continuing her advocacy for children’s mental health support – revealed her son’s possible career goals, sharing that he would like to follow his airman dad Prince William and join the air cadets one day.

“I am sure the Montessori teacher will have some pictures of airplanes to show him so she can teach him the names of different types of airplanes,” says Livingston.

“It is always helpful to bond with children through their own interests,” Livingston adds.

“The process of settling in is important in all nursery schools, but in a Montessori environment it is particularly so because children need to be helped to adjust to the freedom of choice that will be offered to them,” says Livingston.

In the first few weeks, George’s teachers will have spent a great deal of time going over the rules that govern Montessori learning.

“They rest on the principles of respect for each other and respect for the things in the environment,” says Livingston.

The children pick up those tenets through play activities “that help them to learn things like how to say ‘good morning,’ how to push their chair back under the table so no one else trips over it, how to unroll a mat for their activity, where to place it so you are not in the way of anyone else’s activity and how to ask for help when you need it,” she adds. 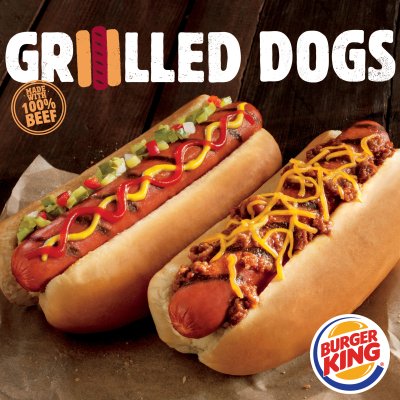 Burger King Is Going to the (Hot) Dogs
Next Up: Editor's Pick