The Supreme Court’s decision to delay implementation of President Obama’s Clean Power Plan has dealt a serious blow to American efforts to fight climate change, leaving an air of uncertainty — both in the U.S. and abroad with international partners — around a plan Obama once heralded as “the biggest, most important step” ever taken to combat global warming.

The Clean Power Plan, a regulation issued through executive authority and that doesn’t need congressional approval, mandates a 32% reduction in carbon emissions from U.S. power plants by 2030 from 2005 levels. The rule charges individual states with the task of devising their own plans to reduce power-plant emissions, most likely through a reduction in coal power, the most carbon-intensive form of electricity.

The court’s stay comes as more than two dozen states sue to block the Clean Power Plan employing a host of legal arguments ranging from challenging the rule’s constitutionality to questioning whether the Clean Air Act permits such regulations. Legal arguments aside, the states say the rule would hurt local economies and kill jobs.

The Supreme Court’s decision to issue a stay does not address the substance of the Clean Power Plan, but legal experts described the decision as a sign of the ultimate fate of the regulations. Supreme Court Justices had never before issued a stay to block pending regulation without waiting for a decision by an appeals court, according to environmental-law experts.

“At least five of them think there’s a serious issue with the validity of the Clean Power Plan,” says Richard Lazarus, a professor of environmental law at Harvard Law School. “If the court thought there was nothing to the claims, they wouldn’t have granted the stay.”

Even if the court ends up ultimately ruling in favor of the White House, the decision would likely not come until 2017 or 2018. That delay would push full implementation back far beyond 2022 when the plan was originally set to take full force. It would also reduce the chances that the U.S. could meet Obama’s stated goal of cutting greenhouse-gas emissions across the economy by as much as 28% below 2005 levels by 2025.

A failure to meet those goals could diminish U.S. standing on the international stage where American officials have sought to portray the country as a leader in addressing global warming. The White House touted the Clean Power Plan in a push to get world leaders to commit to cut greenhouse-gas emissions in their own countries in advance of the Paris Agreement, which solidifies international agreement to keep temperatures from rising more than 2°C (3.6°F) by 2100.

Environmental-policy experts optimistically portrayed the stay as another wrinkle in the sometimes tortuous path of political compromises that have long been a part of climate-change action. If the country can ultimately meet its climate goals, yesterday’s action by the court will be irrelevant. “People understood that the stay of the Clean Power Plan was a possibility,” said John Coequyt, the Sierra Club’s director of federal and international climate campaigns. “Every country has their own domestic challenges, and people understand the difficulties of the United States more than just about any other place in the world.”

The ruling came as states prepared to submit an initial plan explaining how they would meet emissions-reductions mandates ahead of a now moot September deadline. That date that required states to begin working to reduce emissions before knowing the results of the November presidential election. (A Republican President has the power to undo the Clean Power Plan just as easily as Obama enacted it.) The Environmental Protection Agency would issue a new timeline in the event that the court upholds the rule.

But many state leaders — including governors who don’t support the regulation — have vowed to continue with their plans to implement the Clean Power Plan since the court’s ruling. Their states could be left at a disadvantage if they don’t take action and the rule is ultimately upheld, state leaders said.

Regardless of what the court rules, many experts believe the energy sector will continue to decarbonize thanks to long-running market forces, which have driven down the costs of alternatives to the most damaging fossil fuels. Utilities had begun moving away from coal power well before the Clean Power Plan was announced in 2014 thanks to those forces. Coal-fired power plants produced half of the country’s electricity supply a decade ago and now only produce a third. In the meantime, the share of natural gas in the electricity mix has increased from less than a 20% to a third as well. Solar and wind power have also become cheaper.

“A transformation of the energy sector is happening under our feet,” said Sam Adams, director of the World Resources Institute’s U.S. Climate Initiative. “The Clean Power Plan definitely speeds along and supports the transformation, but the momentum is already there.” 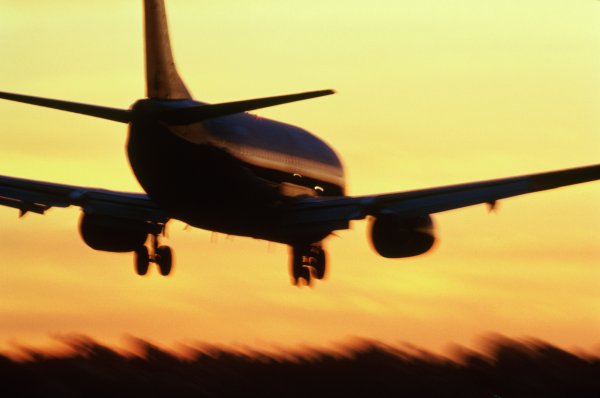