These Are the Winningest Dog Breeds in Westminster History

By Sarah Begley and Heather Jones

Every year, top pooches make their way to the Westminster Kennel Club Dog Show to compete for the most prestigious title in the canine world: Best in Show. And while new breeds break into the top ranks from time to time (see: 2013’s Affenpinscher), certain breeds turn up again and again.

The Wire Fox Terrier has won 14 times—with the same exact dog winning the first three competitions—and one took the prize most recently in 2014. Other terriers have also proved favorites: the Scottish Terrier comes in second with eight wins, the Airedale Terrier and the Sealyham Terrier have four wins each, and the Smooth Fox Terrier has three.

Here are the three breeds with the most Westminster Best in Show wins under their collars:

Best in Show is awarded to the dog that most perfectly exemplifies its breed, so there shouldn’t necessarily be any reason that a certain breed would win more often. But as longtime Westminster TV host David Frei told the Associated Press in 2014, “Terriers were bred to cause a little bit of trouble. I think that helps them stand out and draw attention in the ring.” 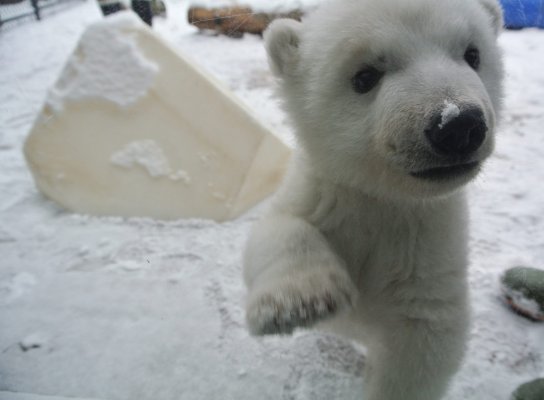 Watch a Polar Bear Cub Experience Snow for the First Time
Next Up: Editor's Pick