Ashley Benson on How to Overcome Anxiety

This article originally appeared in the March issue of Health magazine

If you’re searching for Ashley Benson, don’t look in the center of the room. “Big crowds make me really anxious, so I usually find myself a corner and sit there,” says Ashley, 26, who—ironically—plays the outgoing “it” girl Hanna Marin on the hit TV show Pretty Little Liars, now airing the second half of season six. “I’m just really shy with people I don’t know.”

But one-on-one, over brunch in West Hollywood, the California-born actress is incredibly friendly and real. She opens up about her struggle with panic attacks, the crazy pressure on women in Hollywood to be skeletal (no, thanks!) and how exercise and meditation help her feel happy.

So Pretty Little Liars is back—and you guys have jumped forward five years. What is the best thing about that leap for you?
To finally be out of high school! I hated being in the school set. The lights were really draining. And being in a classroom just makes you feel “ugh,” like I’m back in school.

What’s your morning ritual?
I play with my two dogs. I get coffee. If I don’t have coffee, I don’t function. And I usually do Pilates three days a week for an hour, and I try to box or do SoulCycle two or three times a week. There are times I just want to do nothing! But then I don’t feel good about myself.

Health.com: The 20 Best Foods to Eat for Breakfast

Which workout move gives you the biggest results?
Probably squats—and not for my butt but for my legs. We usually do circuit training, so I’ll do 25 squats, then I’ll run back and forth, and then I’ll do lunges to the other side of the gym both ways, run, then squats. I can’t move for days!

Do you have a healthy-living idol?
Gwyneth Paltrow. I have one of her cookbooks, and I think she looks beautiful. I’m not the best cook, but I made fish, this stew and some soups and salads. When I look at all the pictures in her cookbook, I’m like, “Wow, I already feel better,” you know?

If you could trade bodies with any famous woman, who would it be?
Jenna Dewan-Tatum. She is, like, the cutest thing. Her body right now is so incredible—and she’s had a kid! I would obviously say, like, every supermodel, like Candice Swanepoel and Rosie Huntington-Whiteley—but that is just so not my body.

It seems like you have acceptance about not being a supermodel.
Yeah. It’s come up a few times in the last few years, like, “You’re too fat for this.” And I’m just sitting here like, “Wait, what? Do you want a skeleton?” But I feel good. I don’t want to lose 20 pounds, because I don’t need to.

You feel pressure to be skinny to get acting work?
Absolutely. I get told all the time to lose weight. I got that a month ago. It’s just weird. With my stuff recently, it’s been, “You have to be skin and bones or you’re not getting it.” There was a point where it was getting to where a size 2 was great. I’m a size 2, but I think that a size 4 is healthy. I think that all of these sizes are healthy.

What’s your body-confidence strategy?
I’m still working on it. Really, honestly, if I have to go to an event and I’m not feeling my best? Spanx all the way. Literally. Even if you don’t need them.

Watch some of the world’s most successful women share their personal mottos:

You’re so active on social media. Do you ever tire of putting so much out there?
I’ve always been very wary about social media. Snapchat I love because you don’t see comments. I love Instagram, but God, it’s like every post, there’s so much bullying in the comments. And that’s the one thing about social media that I can’t stand. There are times I want to delete the picture because I don’t want it to happen.

Are you dating anyone?
Dating is so complicated. No, I’m not dating. I hate it. It’s the worst!

Because it’s awkward?
The thing is, I have a lot of guy friends, and they are all, like, my brothers. I love to hold hands with people. And my guy friends—especially Tyler Blackburn [who plays Hanna’s ex-boyfriend Caleb on Pretty Little Liars]—everyone’s like, “You guys are dating!” And I’m like, “He is literally my brother.” I love him forever, but there would never be anything there.

Why not? Haven’t you seen When Harry Met Sally…?
I know, I know. I’m much more of a guy’s girl. I love hanging out with the guys. I’m not the type of girl who’s like “Everybody put on party dresses, and let’s get our makeup done!” I’m like, “Let’s go to a dive bar.”

So what does a guy have to do to be more than a friend?
He has to make me laugh, 100 percent. Be respectful. Personality is key. Likes to travel, and… I don’t really like guys who work out. [Laughs]

Wait—you prefer flabby?
Like, there are guys who work out, and there are guys who work out, in the mirror every day, with protein shakes and “I’m at the gym for 12 hours.” I don’t like big guys like that. I like skinnier guys. If there’s a guy who’s super in shape, out the door! Making me laugh is number one. And being adventurous, because I love to just do things last-minute. I’ve never been on a date, I don’t think. I will never go on one.

That’s a bold statement: You’ll never go on a date.
I will never! A group date, hanging out one-on-one, yeah. But not, like, an actual date. I don’t know what I would talk about! All my friends are like, “Go on blind dates.” I’m like, “No. Nope.”

Health.com: Best and Worst Exercises to Do When You Have a Cold

What helps you manage your stress?
I try to take an hour nap. If I don’t get sleep, I found that I get really bad anxiety. I started getting panic attacks for two years straight. I think it was 2011 to 2013. I could barely go to work. It would get so bad that I would have to leave set. Or I’d be driving, and I would have a panic attack.

How often would you have panic attacks?
Every single day. Because I had a crazy incident on set: I had heart palpitations, and I thought I was having a heart attack, so I fainted on set and turned blue. The paramedics were there. Once that happened, I was like, “That’s going to happen to me every single day,” and it was just that constant fear. So anytime I felt some sort of weird thing, I’d be like, “Here it goes…”

Did you ever share this on social media?
No. If you’ve never felt it, you can’t explain it. The person I was seeing at the time didn’t understand, and my friends didn’t understand, so there weren’t people I could talk about it to. I felt crazy: Why am I feeling this way? I think a lot of people suffer from anxiety and have panic attacks. And I think it’s good to talk about it.

Do you still suffer from them?
I do still get them a little bit. That’s part of why I work out, too, because it has cancelled out the anxiety. I was on Xanax for a long time. It helped, but I decided I was going to be able to self-medicate through meditation, working out, sleeping, eating healthy and drinking more water. I have this meditation app on my phone. I use it at least three times a week. There will be times where I will get [anxiety], but it’s not a full-blown panic attack. It’s just, like, for a couple hours I feel as if I’m going to die. I had a friend who was like that for, like, seven years. She wouldn’t leave her house, and then she finally dealt with it. Anxiety is horrible.

You Instagrammed a quote that said, “Everything you are going thru is preparing you for what you asked for.” What inspired that post?
That was when I got told that I was too fat. I was just like, “Why am I even in this industry?” It’s just so depressing sometimes. But no matter what challenge you’re going through, if you’re having the worst day or the worst week or the worst year, everything that’s happening to you right now is happening for a reason that you will see in the future.

Health.com: 31 Superfood Secrets for a Long and Healthy Life

Ashley fills us in:

This month, I have been obsessively… Googling the Olsen Twins. I go on the blogs to see what they’re wearing.

I’m secretly kind of awesome at… Cleaning. Like, really OCD about it. Everything in my house has to be spotless.

I was mortified when… I ripped my pants at a friend’s surprise party. I jumped up, wrapped my legs around him and ripped my leather pants straight down the middle. Like, you saw my butt! It was really embarrassing—and really funny.

If I knew I couldn’t fail, I would… Go to cooking school in Paris. I’ve been saying that for, like, the past five years. I think I’m going to.

The most surprising name in my iPhone contacts is… Taylor Swift, from four years ago. She’s friends with Selena [Gomez]. Before Selena and I did Spring Breakers, we were hanging out, and Taylor had put her number in my phone. I have never texted or called, because it’s just weird. It’s probably not the right number!

My favorite spot in the whole house is… My bed. I could be in there all day long—just sit in bed, watch TV, play with my dogs and be super comfortable. 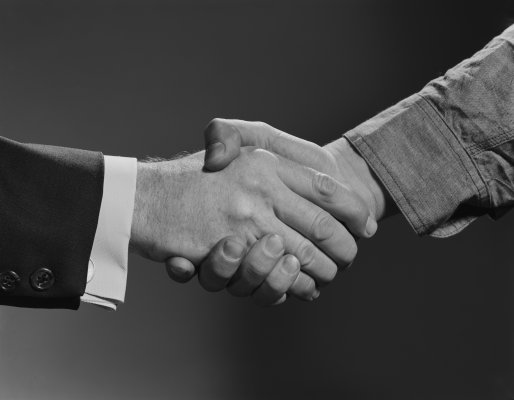 Little-Known Secret: Executives Can't Wait to Mentor You
Next Up: Editor's Pick