Police in Thailand say they have nabbed a suspected prolific passport forger known as the Doctor, whom they accuse of producing convincing fake travel documents used by people from the Middle East and South Asia to illegally enter Europe or Australia.

The Nation, a Bangkok-based newspaper, reports that Iranian Hamid Reza Jafary, 48, confessed to supplying counterfeit passports to human-trafficking gangs and other international clients via the Internet for as much as $2,250 each.

Long-term Thailand resident Jafary was discovered on Monday at a house in the Mueang Chachoengsao district of central Thailand, where police found tools reportedly used for forgery and 173 fake passports, most of them for European nationalities.

Immigration Police chief Natthorn Phrosunthorn gave a press conference Tuesday, attended by officials from the U.K., French, New Zealand and Australian embassies. The Iranian — working with five Pakistani accomplices, who were also arrested — was allegedly able to produce and distribute sophisticated forgeries that are difficult to detect with the naked eye, the police chief said. 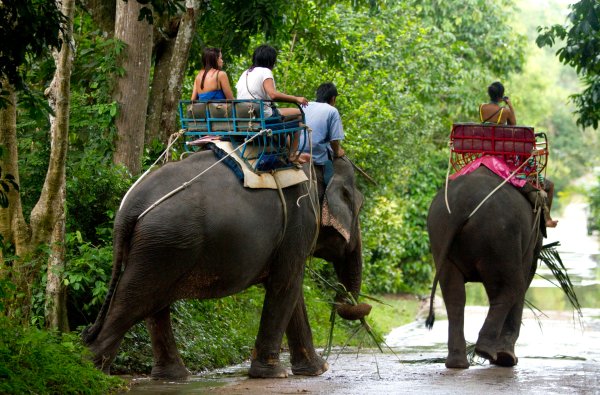 Tourist Killed by Elephant During Thai Trek
Next Up: Editor's Pick