She explained at the Goldman Sachs Technology and Internet Conference in San Francisco on Tuesday that turning virtual reality into a business is part of the social networking giant’s 10 year plan rather than an immediate action item. Facebook has been credited for taking an early bet on virtual reality by buying startup Oculus VR for $2 billion in early 2014.

Sandberg’s comments could be aimed at muting investor enthusiasm for virtual reality in the short term. Although movie studios and video game companies are toying with the technology, it is far from becoming a major business opportunity in the near future.

Oculus has already started taking orders for its consumer-focused headsets, which are expected to start shipping in March. They cost $599.

CFO David Wehner echoed Sandberg’s by explaining that Facebook continues to invest in projects outside of virtual reality. He said he believes that there’s much that can be “accomplished with virtual reality,” but it’s still “very early days.”

“It will take time to develop the ecosystem,” Wehner said on stage.

Meanwhile, Sandberg focused on Facebook’s biggest business, advertising, which continues to thrive. In the fourth quarter, Facebook saw a 51.7% jump in revenue to $5.84 billion, thanks largely to mobile ads, which accounted for 80% of total ad revenue.

Growing advertising and dealing with the ongoing consumer shift to mobile are central to Facebook’s future, Sandberg said, hammering home a message she’s been repeating for the past two years. Consumers moved to mobile, but marketers are lagging, creating an opportunity for them to spend much more with the social network in the coming years, she said.

In particular, Sandberg called out the promise of video advertising, which has become a key part of the company’s growth over the past year. She explained that she expects 1.5 million small businesses to upload a video (either a video ad or a free video) in February.

She also highlighted the growing ability for brands like Heineken and Gatorade to effectively measure their ad campaigns on Facebook. Increasingly, Facebook is giving marketers access to additional kinds of performance data, from when they first appear through the time customers buy something.

“The onus is on us,” Sandberg said. “We can prove we are driving business metrics, which means sales.”

Beyond advertising, she said Facebook would invest in a number of initiatives beyond its core business. They included Facebook Search along with messaging apps WhatsApp and Messenger, which have a respective 800 million and 1 billion monthly active users. 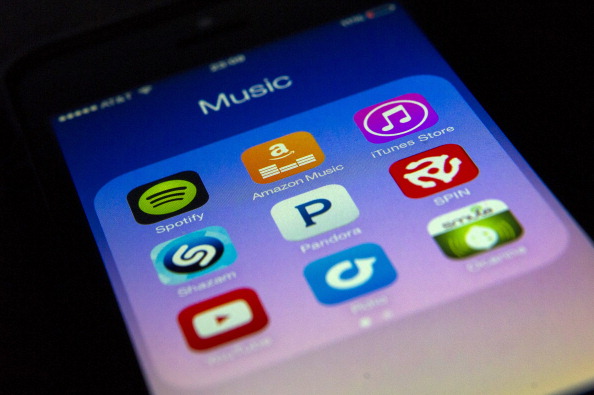 How Music Streaming Is Killing the Songwriter
Next Up: Editor's Pick