Beyonce and her dancers perform during the Super Bowl 50 halftime show at Levi's Stadium on Feb. 7, 2016, in Santa Clara, California.
Harry How—Getty Images
By TIME Staff

The controversy around Beyoncé’s politically charged Super Bowl 50 halftime performance looks set to continue with a protest planned next week outside the National Football League’s headquarters against the superstar’s alleged “race-baiting stunt.”

Beyoncé and a troupe of dancers appeared on the field at Levi’s Stadium in Santa Clara, Calif., on Sunday night, dressed in black leather and berets, and raised their fists in an apparent homage to the Black Panthers. They also danced in an “X” shape, which has been seen as a tribute to Malcolm X. An accompanying video for Beyoncé’s song “Formation” includes references to shootings of African-American civilians by police officers and to Hurricane Katrina, a symbol of federal neglect of black communities.

A page on the website Eventbrite said an “Anti-Beyoncé Protest Rally” would be held at the Park Avenue headquarters of the NFL on Feb. 16.

“Are you offended as an American that Beyoncé pulled her race-baiting stunt at the Superbowl? Do you agree that it was a slap in the face to law enforcement? Do you agree that the Black Panthers was/is a hate group which should not be glorified?” the anonymously posted event page said. “Come and let’s stand together. Let’s tell the NFL we don’t want hate speech & racism at the Superbowl ever again!”

Beyoncé has also received support for making a political statement. In a report on the planned rally, CBS quoted several New Yorkers who were unmoved by the furor, with one saying people should “get a life.” 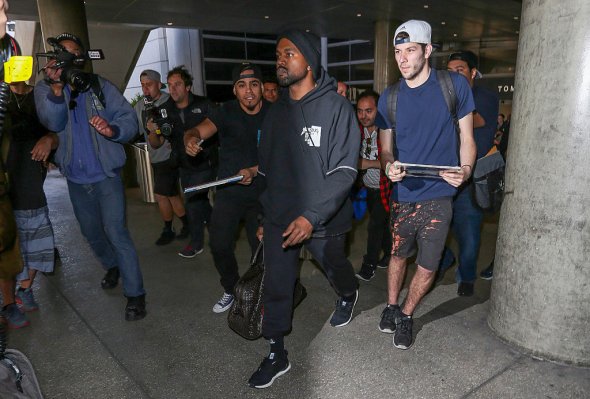 Kanye West Has a Thought About Bill Cosby
Next Up: Editor's Pick