Doctors Without Borders Hospital Is Latest Bombed in Syria

A handout photo released by Doctors Without Borders (MSF) on Feb. 9, 2016, shows a room inside the facility after the bombing in Tafas, Syria.
MSF
By Jared Malsin

An air strike hit a field hospital supported by Doctors Without Borders/Médecins Sans Frontières (MSF) last week, the organization said on Tuesday, killing three people and injuring six others including a nurse.

The attack on the hospital in the town of Tafas on Feb. 5 underscores how the bombardment of hospitals and other civilian infrastructure has become commonplace in Syria. The upsurge in attacks on medical facilities in recent months comes as the Syrian regime, backed by the Russian air force, escalates a campaign against rebel groups across the country. “Despite tireless calls by international organizations for an end to indiscriminate bombing, it appears to have become the new norm,” MSF said in a statement.

The strike on the hospital is the latest in a series of such attacks. Thirteen health facilities have been attacked since the beginning of 2016, according to MSF, including some backed by the organization. In late November, another MSF-backed hospital was hit with a so-called “double tap” bombing, in which an initial blast is followed by a second attack after rescue workers arrive.

Human-rights advocates say that attacks on medical infrastructure are among the most brutal tools of war employed by the regime of President Bashar Assad, himself a physician who practiced for years in the U.K. A study by the New York–based group Physicians for Human Rights documented the killings of 679 medical personnel since the Syrian uprising began in 2011. According to the group, 95% of those killings were carried out by government forces.

Roughly 95% of the country’s physicians have been killed or forced to flee, the study says. In Aleppo, once the country’s largest city, the largest hospital had only 13 physicians remaining as of December, according to PHR.

The attack on the hospital in Tafas comes at a critical moment in the Syrian civil war as forces loyal to the regime advance on rebel positions in the country. Pro-regime forces cut a key supply route into the city of Aleppo last week, prompting tens of thousands of civilians to flee toward the Turkish border.

“Most of the residents of the city of Aleppo are in fear,” said Munier Mustafa, head of Syrian Civil Defense, a group that sends teams of volunteers to rescue people in the aftermath of bombings. “Fear of these barbaric attacks, of Russian warplanes dropping bombs, of the regime’s attacks, in addition to the fear of the siege that Aleppo is facing.”

“The strikes are not only targeting military areas. They are also striking hospitals and schools and meeting places and homes. This is a massacre of the people who are living in these areas,” said Mustafa, speaking via voice message from Aleppo.

The potential encirclement of Aleppo, combined with advances in southern Syria, raises the possibility that the regime could strike a decisive blow against the rebel groups fighting the Assad regime. The imposition of a siege on the city could also leave hundreds of thousands without access to food, escalating an already vast humanitarian crisis. 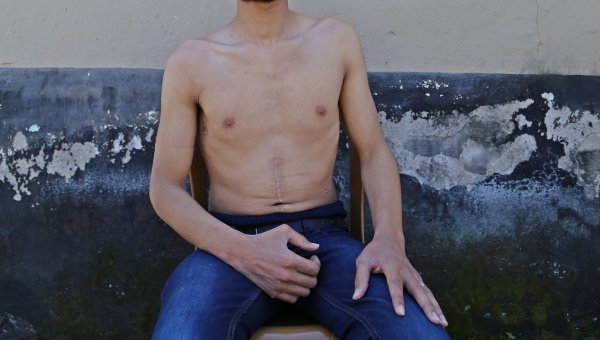 U.N. Probe Details Torture and Executions in Syria
Next Up: Editor's Pick