For an author who writes under a pseudonym and refuses to reveal details of her life, Elena Ferrante is quite popular: her Neapolitan Novels, a series about two girls growing up in Naples, launched her to international attention, landing on best seller lists and prompting “rare interviews” with the author (which have grown increasingly less rare in the years since the first book came out in English) and rampant speculation about her true identity.

Now, she’s on the verge of becoming even more well-known: The Neapolitan Novels will be adapted into a television series by Italian production companies Wildside and Fandango. The adaptation will consist of four eight-part seasons, or 32 episodes total, according to The Hollywood Reporter. The series will be shot in Italy, and Ferrante will reportedly be involved in its development.

The series, which begins with My Brilliant Friend and ends with The Story of the Lost Child (TIME’s best book of 2015), follows the lives of the narrator, Elena, and her best friend, Lila. Both grow up in poverty in 1950s Naples and both are marked with above-average intelligence, but while one gets advanced educational opportunities, the other is trapped by her dismal surroundings. Over the course of the four books, they repeatedly grow apart and come back together, both of them trying to escape their humble beginnings yet inextricably bound to their neighborhood and their intense competition with each other.

It’s too soon to say where or when the TV series will be broadcast in the U.S.—which means there’s plenty of time for readers to catch up on the books. 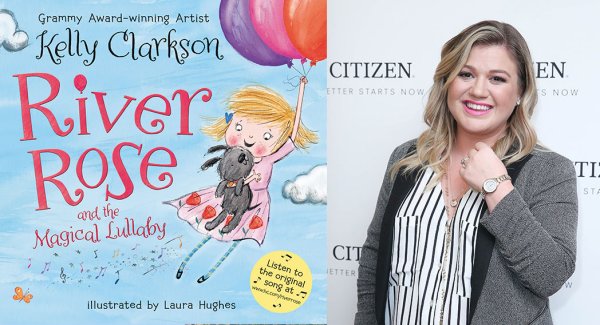 Kelly Clarkson to Publish Children's Book
Next Up: Editor's Pick