Jessica Williams has strong words for conservative pundits upset Beyoncé made a political statement at the Super Bowl.

On Monday, Beyoncé was criticized by Fox News contributor Rudy Giuliani and Fox News host Stuart Varney, among others, for including a tribute to the Black Panthers and the Black Lives Matter movement during her highly praised show. “Is there anything in America that can exclude race,” Varney asked. “Why is race brought in at the halftime show of the Super Bowl?”

Williams responded to that question on Monday night’s episode of The Daily Show. “Race was brought in because Beyoncé was brought in. And brace yourself, because you might want to sit down for this, but Beyoncé is black,” she said.

Williams then played a clip of Giuliani saying halftime show performers were expected to provide “wholesome entertainment” for Middle Americans watching the game. She responded by asking why people “can’t talk about race issues to Middle America.”

“What are they, so delicate and unaware, and maybe so white, that Beyoncé is too much for them?” she asked. “You know what’s right in the middle of America? Ferguson, Missouri.” The crowd cheered, and Williams continued. “Furthermore, I’m sorry this wasn’t wholesome enough for you. I didn’t realize that singing about race was equivalent to Janet Jackson getting her titty pulled out at the Super Bowl. But you’re right. You know what? The fans deserve wholesome entertainment: like watching 300-pound men give each other concussions while a crowd cheers like extras in the movie Gladiator. So what is wrong with Beyoncé, everyone? Were you not entertained?” 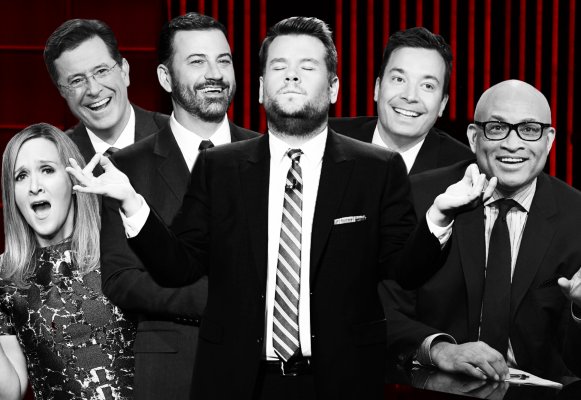 These Are the People Who Make Late Night Funny
Next Up: Editor's Pick