Why Women Need to Fight for Paternity Leave

Caia Image—Getty Images
Ideas
By Belinda Luscombe
Luscombe is an editor-at-large at TIME and the author of Marriageology: The Art and Science of Staying Together.

Guys have it so easy. They can pee anywhere. They get to have kids without having their internal organs dislodged for a few months. A day or so after their baby is born they can rock back up to work and bask in the high fives and dadly glory.

And, as study after study has shown, once back, they get to ascend the corporate ladder more fluidly and frequently than women. More women graduate from college. More women make it through graduate school. Just about equal numbers of men and women go into the workforce. But more guys get to the executive suites at more companies.

So you’d think the last thing women should worry about is paternity leave. Haven’t we got burdens enough of our own?

But, in a neat twist of fate, if women want more leadership positions, it turns out they need to agitate for guys.

A study just released by the Peterson Institute for International Economics found that countries with mandatory maternal leave did not have more women on those countries’ corporate boards. However, countries with more generous paternity leave did.

READ MORE: Why do we have the breastfeeding wars? Two words: maternity leave

Why does paternity leave make such a difference? The study’s authors suggest it could be because if men don’t get the time away from work, then their wives have to stay home to look after the kids.

“It stands to reason that policies that allow childcare needs to be met but do not place the burden of care explicitly on women increase the chances that women can build the business acumen and professional contacts necessary to qualify for a corporate board,” the report says.

Nearly 60% of the 21,980 firms in 91 countries that the study looked at have no female board members, just over half have no female executives in their most senior levels, and fewer than 5% have a non-male CEO. Paternity leave wasn’t the only factor that correlated with low female representation. But it was one of them.

That attitude appears to be quite prevalent. A recent study out of Australia found that guys who ask for more family-friendly work arrangements get rebuffed much more than women do. The study, which polled more than 1,000 business, government and non-profit workers, found that fathers were more than twice as likely to have their request for a more flexible “daddy-track” work schedule rejected as mothers were.

READ MORE: My Coworker Wants to Steal My Job While I’m on Maternity Leave

One man was told that “part-time is traditionally only something we make work for women.” Others were given the flexibility but were left in no doubt about how their bosses felt about it.

Just as worryingly, guys who never took advantage of flexible work policies felt more confident they would be leaders than guys who had used the policies.

So what can women do to help guys get some parental time? The same as they would do for their female colleagues: support them when they need time off, make sure everybody gets treated the same way and help create a work culture that encourages parents of either gender to make time for their families. 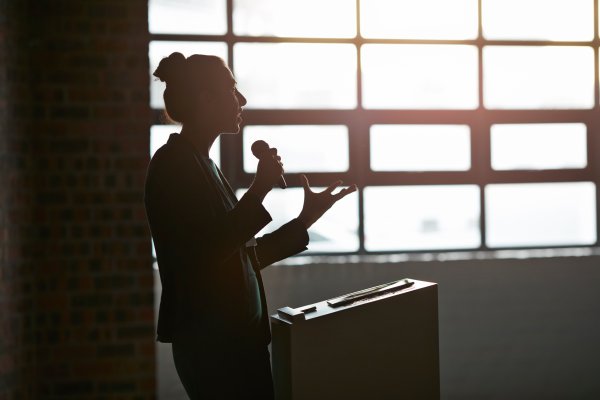 I Achieved All My Family and Career Goals Because I Planned Decades Ahead
Next Up: Editor's Pick