Pauley Perrette: 'Why I Forgive My Attacker'

Last November, I was violently assaulted by a homeless man. I tweeted about it, and the international media attention that happened next took me completely off guard. I never expected either the attack or the following intense news coverage. The media was, of course, partly because of my job and my celebrity status. But the other part was the obvious irony of me being an outspoken advocate for the homeless.

I was simply crossing the street to meet an architect who was working on a property I own. It was just after 5 p.m. The sun was about to go down. I was aware of a man walking toward me on the sidewalk but thought nothing of it. As soon as he got just past my eye line, he grabbed my arm, pinned me, punched me between the eyes and said, “My name is William. I am going to kill you.”

He kept repeating that his name was William and he was going to kill me and to remember his name. He continued to throw punches that didn’t connect to my face. He would stop within a millimeter—I could feel his fist on the tiny hairs on my face and eyelashes—and he would tell me, “Look how easy it’s gonna be when I kill you. This is how I’m going to do it.”

I’m often asked what I was thinking. I wasn’t thinking, I was praying. The only thing I did, after a while, was say, “William is a beautiful name. I have a little nephew named William.” He drew his fist back for one more punch and then said, “Get the F*** out of here.” And I did.

Read more: Why You Should Throw Everyone Else’s Definition of ‘Success’ Out the Window

In the moments following, I made my way partly up the street and collapsed on the sidewalk until my bewildered architect found me there. In shock, I asked him for a pen, and I drew a picture of my attacker. I texted my friend James and my church friend, Nicole, who is an LAPD cop. Celebrities often don’t call 911 because we know our darkest hours will be broadcast in our 911 calls. Luckily, I know my local police and one of my best friends is a cop.

My friend James showed up, we took a photo of my sketch and he quickly found the guy acting strangely on a nearby corner. The cops came and took me there to ID my attacker so they could arrest him. I was in tears. I am not the person who gets homeless people arrested. I give the homeless socks and food and encouragement and help, but I thought this guy was going to hurt someone else.

Read more: 5 Ways to Stay Mentally Strong When You Think You’re About to Crack

That sleepless night was spent at the police station and then back to my home, with media and reporters all over my neighborhood. I was in shock, confused and very sad.

My first reaction was to let my friends, family and everyone know that I was physically O.K. I needed my loved ones to hear it from me before it went public. I was telling the world, “I’m O.K., I’m O.K.” in a repetitive mantra, but I wasn’t. I was traumatized and scared.

My overwhelming emotion was for the man who attacked me. My heart broke for him. My tears that night were for him. I had looked into his eyes. There was nothing there. It seemed like his soul and his humanity were gone. He was out on the street without resources. It was a consequence of our failure as a society to take care of our mentally ill and impaired homeless community.

As far as forgiveness goes, I am a strong person of faith. I believe that the ability to forgive others and mostly ourselves is the greatest gift God has given to us. It is a journey, not always easy, but we must embrace forgiveness. We all need to be forgiven and we all need to forgive. Especially ourselves.

I am still healing. I was already in therapy for a prior unrelated trauma. I’m grateful to still be in therapy after this. I am grateful to be alive. I am saddened by the state of our homeless community.

I learn. I pray. I forgive. I move on. I move to change things. To help. To help the “Williams” and the “Davids” of our communities—before it becomes an assault just after 5 p.m. on a Hollywood sidewalk.

Pauley Perrette is an actress best known for her role as Abby Sciuto on CBS’ NCIS. She lives in Los Angeles.

Editor’s Note: David Merck was charged with making felony criminal threats and imprisonment by violence for the alleged attack on Perrette on November 16, 2015. He has pled not guilty of both charges. As of publication, he was scheduled for a pretrial hearing on March 18 in the Clara Shortridge Foltz Criminal Justice Center in Los Angeles, and is currently being held on $60,000 bail. 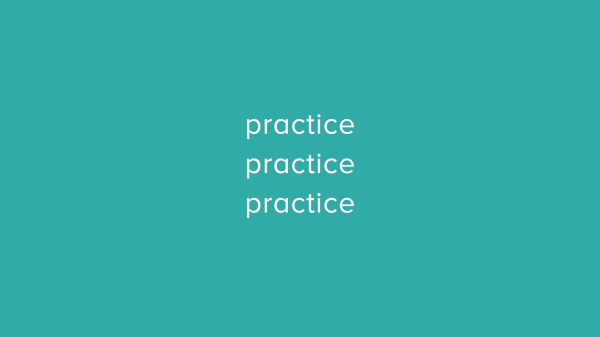 Google Executive: 6 Ways to Win Your Next Interview
Next Up: Editor's Pick