“Feel the Bern” began as a simple hashtag and has exploded in popularity over the past few months, becoming the de facto slogan for the Bernie Sanders campaign. The phrase is virtually everywhere now: on television, in print, on T-shirts, even on Snapchat filters.

The New York Observer caught up with the mastermind behind it all: a woman named Winnie Wong. She’s a digital strategist and co-founder of People For Bernie, a group of activists campaigning for Sanders. It was Wong and her team, not the official Sanders campaign, to come up with #FeelTheBern to get people talking. Wong does work closely with the Sanders campaign, which she said now embraces the slogan “without hesitation.”

The idea came to Wong during a Facebook conversation with a few other organizers trying to come up with “creative and whimsical” hashtags.

“#BernDownForWhat was mentioned. We thought, ‘what do the kids like?’” Wong said. “We wanted something that would carry his name all across the Internet and be more than just a hashtag. The beauty of the Internet is the way you can express yourself in a very democratic way.”

Wong also made clear that “a hashtag should never be the driving force of the campaign.” People should be.

“I’m grateful for the Internet and that people are producing opinions there about his platform, policies, his judgement and 40 years of dedicated service,” Wong said. “But by no means do I think the hashtag itself is a political revolution. It’s a tactic.”

Read Wong’s full interview over at the New York Observer. 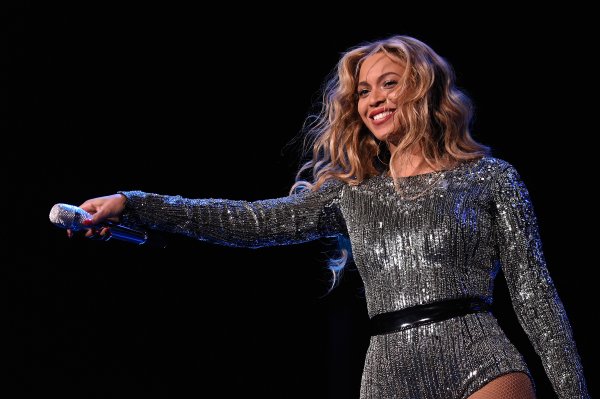