What to Watch for in New Hampshire

More than 20 percent of Granite State voters woke up Tuesday unsure of whom they would vote for—one of the two mysteries of primary day. Polling is of little help determining what the mountain of undecideds, as well as the state’s independents, the largest bloc of voters who can vote in either primary, will do. Some divergent theories:

A tightening Democratic race and strong ground game by the Hillary Clinton will bring keep Democratic-leaning independents in that primary, helping her narrow the gap of expected defeat to Bernie Sanders. Or the opposite many be true, and independents will skip out for the Republican primary boosting John Kasich. Will undecideds voting in the GOP primary break for Bush—a person with the famous last name who they’ve shunned so far—or for Kasich, whose optimism is unique in the field, or for Marco Rubio or even Chris Christie? Donald Trump is expected to win, but undecideds won’t move his way, because most voters either love or hate the bombastic candidate. Or maybe they will, in their desire to vote for a winner.

These are just a fraction of the possible storylines running through today’s election and the only certainty will come as the polls close. Expectations are for clear Sanders and Trump wins, but by lower margins than the final public polls suggest, with a muddled race for second place on the GOP side that could include four or five candidates. Two of the three governors—at least—are all-but-certain to move their campaigns to South Carolina, and Christie might if he proves his assault on Rubio in Saturday’s debate was more murder than murder-suicide. The establishment, which had been looking to coalesce around a non-Trump, non-Ted Cruz candidate after today will have to wait at least a week until South Carolina votes on Feb. 20. For Clinton, it will be a case of managing defeat and internal drama to avoid the pitfalls of 2008 once again.

After weeks of debating whether to cast Sanders as an uncompromising ideologue or an inconsistent hypocrite, the Clinton campaign has decided on the latter strategy, beginning a series of stinging character attacks on the Vermont Senator. The shift comes as Clinton’s pragmatic electability pitch to Democratic voters has failed to inspire much support, leading to a close finish in Iowa and expected loss in New Hampshire.

Christie is promised, but doesn’t receive, a check from a top Romney backer. Rubio awkwardly repeats another line. And Trump repeats an offensive term about Ted Cruz.

Hillary Clinton and Her Allies Are Starting to Openly Question Bernie Sanders’ Integrity
TIME’s Sam Frizell on the campaign’s decision to brand Sanders as a hypocrite, rather than an ideologue

“For four days I was telling everyone what I was going to say. It wasn’t a great shock.” — Chris Christie on his debate exchange with Marco Rubio, arguing he should have been prepared

“Sometimes when I am on a stage like this, I wish that we weren’t married, then I could say what I really think. I don’t mean that in a negative way. I am happy.” — Bill Clinton stumping for his wife in New Hampshire

How Bush Finally Landed a Punch on Trump [TIME]

For Christie, a Donation From a Top Romney Adviser Offered But Not Delivered [Washington Post]

Clinton Responds to Rumors About a Staff Shake-Up [MSNBC] 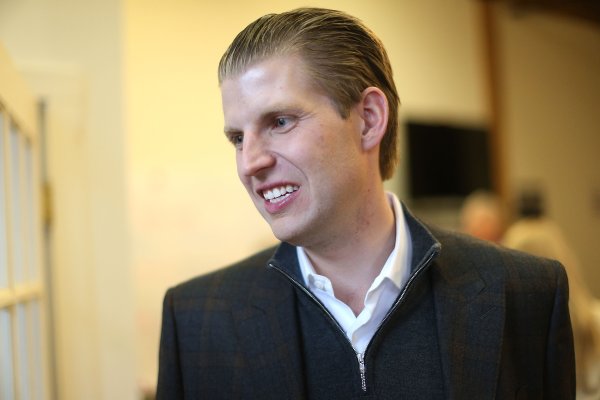