Johnny Manziel Allegedly Threatened to Kill Ex-girlfriend and Himself

Johnny Manziel sits with Colleen Crowley during a baseball game between the Los Angeles Angels and the Texas Rangers in Arlington, Texas on April 14, 2015.
LM Otero—AP
By Sports Illustrated

Johnny Manziel allegedly struck his then–girlfriend Colleen Crowley and threatened to kill her and himself, according to an affidavit filed by Crowley as part of her request for a protective order against Manziel.

The affidavit was first acquired by NBC 5 in Dallas. In a recent interview with TMZ, ​Manziel denied allegations that he struck Crowley, though he has not spoken at length about the matter.

Crowley alleges in the affidavit that after a night of partying, she and Manziel were in his hotel room when he threw her on the bed and then restrained her from opening the room door. Crowley says Manziel then led her downstairs so he could retrieve her car, and that she proceeded to plead with a valet attendant not to let Manziel take her with him. Manziel then allegedly threw Crowley into the passenger seat of the car and began driving.

Crowley says she jumped out of the car while it was backing up, but Manziel drove back to her, dragged her back into the car and struck her against the left ear. Crowley’s attorney told NBC 5 in Dallas she has lost hearing in her left ear as a result of the hit.

After she was allegedly hit, Crowley said she began hitting Manziel back until he threw her off of him and she hit her head against the car window. Manziel kept driving from Dallas toward Crowley’s apartment in Fort Worth. It was during this drive Manziel threatened to kill Crowley and himself, according to the affidavit:

“During the drive to Fort Worth, I was crying and telling him ‘I hate you! Just leave me alone! I hate you!’ Respondent then told me he was going to drop me off, take my car and go kill himself. I thought maybe he was on drugs or having a psychotic break so to keep him calm I began telling him, ‘I love you. We can figure this out, we can talk.’ Respondent started laughing at this and I became really scared. I started crying even more and he told me “Shut up or I’ll kill us both!” Then I started begging him not to kill me and he immediately responded, ‘I would never kill you. You don’t deserve that. I would only kill myself!’ He was not making sense.”

The two eventually returned to Crowley’s apartment, where she says the fighting continued, albeit more verbally than physically.

Crowley says in the affidavit that at one point she pulled a knife from her kitchen to protect herself, scaring Manziel out of the apartment. Crowley said she then ran to a neighbor’s apartment for help, and an upstairs neighbor called the police.

Dallas police are investigating the incident. Crowley’s restraining order against Manziel has been granted, requiring him to stay away from her for two years, reports WFAA in Dallas.

Most Popular on TIME
1
I'm a Minneapolis City Council Member. We Must Disband the Police—Here's What Could Come Next
2
'Police Do Not Belong in Our Schools'
3
D.C. Paints 'Black Lives Matter' on Road to White House 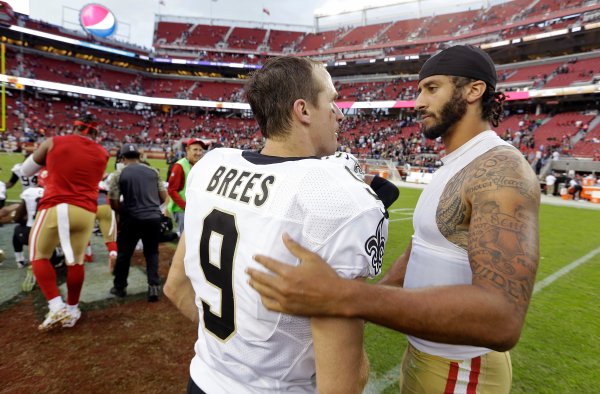