Just 78 years after winning the right to vote, female crew members on British Airways won the right to wear pants.

The airline had a policy in place that made skirts mandatory for female crew members hired since 2012. They had to wear what British Airways calls its “ambassador” uniform, which the Guardian reports didn’t include a trouser option for women. Female crew members could request medical or religious exemption, but otherwise had to wear a skirt.

According to Unite Union, which represents the British Airways crew, 83% of its of members said they want the option to wear trousers. Aside from the sexist implications of mandating that women wear skirts, pants also provide additional warmth when traveling to cold, wet, or snowy climates as well as an extra layer of protection against certain dangers like the recent Zika outbreak, according to the union.

The change followed a two-year dispute between the airline and union. “British Airways’ stance was unbefitting of a modern airline in the modern age, and demonstrates that Unite will not allow cases like this to go unchallenged,” Unite regional officer Matt Smith told the Guardian. The union added that British Airways is “joining the 21st century” with this decision.

British Airways isn’t the only airline to make skirts mandatory for female crew members. Etihad, Virgin Atlantic, and Ryanair all have similar policies, and the latter only last year stopped encouraging female crew members to pose in bikinis for its annual calendar. 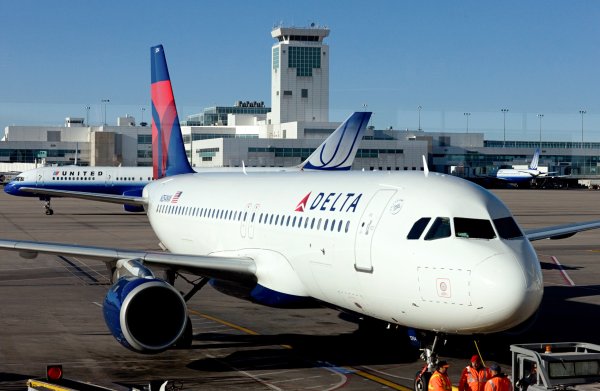 Delta Plane Grounded After Flight Attendants Get Into a Fist Fight
Next Up: Editor's Pick