The former New York City mayor appeared on Fox & Friends on Monday to weigh in on the halftime show in which Beyonce appears to allude to the Black Lives Matter movement and give the “Black Power” salute. “I think it was outrageous,” he said. “This is football, not Hollywood, and I thought it was really outrageous that she used it as a platform to attack police officers who are the people who protect her and protect us, and keep us alive.”

“What we should be doing in the African-American community, and all communities, is build up respect for police officers,” Giuliani added. “And focus on the fact that when something does go wrong, OK. We’ll work on that. But the vast majority of police officers risk their lives to keep us safe.”

The superstar’s backup dancers wore black berets as they formed an “X,” which many on social media took as a nod to the Black Panthers, during the performance of Beyonce’s newly dropped single “Formation.” In the video for the single, the phrase “stop shooting us” is written in graffiti on a white brick wall. 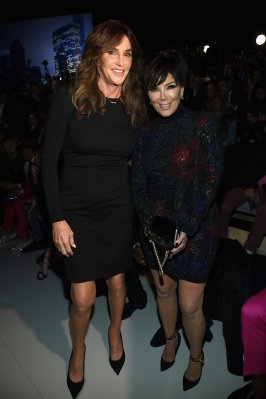 Kris Jenner Had 'Difficult' Time Adjusting To Caitlyn's Transition
Next Up: Editor's Pick