Doctor Who Gets A Star Wars: The Force Awakens Style Trailer

When the first trailer for Star Wars: The Force Awakens hit the internet, each moment was picked apart and analyzed for clues about the plot, the characters, the mysterious and vague action. Who was that tough girl? Who was that storm trooper? Who was worshiping at the altar of Darth Vader? The trailer showed a lot without revealing anything at all, making it equal parts compelling and aggravating.

Now some editing genius on the internet has decided to give a similar treatment to everyone’s other favorite sci fi franchise—Doctor Who.

In the new mashup trailer, called Doctor Who War: The Tardis Awakens, the Ninth Doctor (Christopher Eccleston, who went on to HBO’s The Leftovers) comes to Earth from a war-torn planet, in a galaxy far, far away. As the Dalek, a dastardly enemy, embarks on their mission to exterminate all life, the Doctor meets a girl named Rose, who must make a choice that could affect all of time and space. It’s gripping, vague, and the perfect geek mashup. 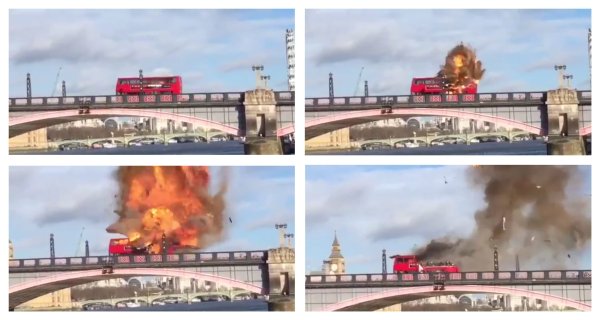