In the March issue of Harper’s Bazaar, which PEOPLE has an exclusive first look at, the Keeping up with the Kardashians momager admits she had a “difficult” time adjusting to the transition.

“I just have to let it go. And try to be tolerant,” Jenner told Harper’s Bazaar. “[With] prayer. God. You know, just trying to understand. It takes time. But time is a wonderful healer. And we have two children together. It’s important for my kids to see our family strong and united.”

She also admitted to not being particularly familiar with the transgender community before Caitlyn’s transition from Bruce last year.

“I never really thought about it before. And I’d never known anyone who was transgender. I didn’t even know what the word meant,” Jenner said. “Because there’s transgender and transsexual … I just didn’t know much about it. So…I definitely got a big education.”

Jenner, 60, also gushed over son-in-law Kanye West to the magazine.

“I couldn’t be prouder. One thing people don’t realize about him is, not only is he so beyond talented, but he’s also a genius,” Jenner said. “And when he’s here, he’s so present. He’s the best daddy, and the best husband. Kim is so lucky to have him.” 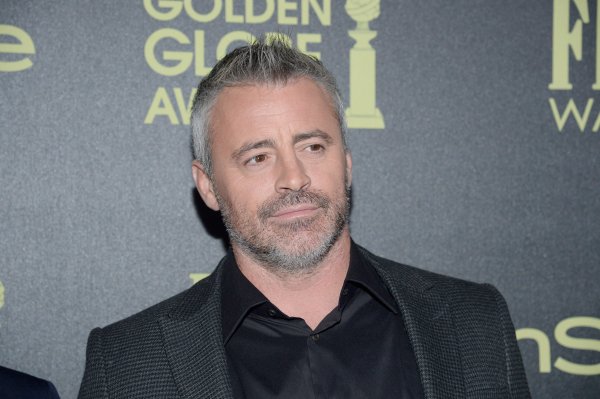 Matt LeBlanc Says He Almost Had a Nervous Breakdown After Friends
Next Up: Editor's Pick