Stephen Colbert during a taping of Comedy Central's "The Colbert Report" on Dec. 8, 2014 in Washington, DC.
Andrew Harrer—Pool/Getty Images
By Daniel D'Addario

Stephen Colbert faced what was likely his biggest and broadest audience ever Sunday night during a broadcast that aired immediately after the Super Bowl. The post-game slot has never quite had the power to reverse a show’s fortunes, but it still draws in plenty of people who’ve just forgotten to change the channel after America’s most-watched annual TV broadcast. One wonders what, exactly, an audience who’d never seen him before made of Colbert, whose show was representative of The Late Show’s strengths and his weaknesses.

Why not assay weaknesses first? After all, CBS executives likely will; their booking of Colbert as the first-ever late-night host to immediately follow the Super Bowl seemed like a (pardon the metaphor) Hail Mary play to shore up Colbert, whose cerebral broadcast has struggled in the ratings against Jimmy Fallon’s gleeful Tonight Show. Colbert seemed stiff and uncomfortable when addressing sports. He seemed to openly read fairly vague questions for Super Bowl MVP Von Miller off an index card, for instance, and his pre-show banter about the game focused largely on how great he felt for Peyton Manning. (A taped bit on touchdown dancing with Key and Peele got better as it went along, but proved that other people could handle sports stuff better than Colbert.) The Super Bowl post-shows, from The Simpsons in 1999 and 2005 to Glee in 2011, have often insisted on shoehorning football into their plots, which seems excessive; presumably after hours of football a bit of unrelated entertainment would feel like a palate-cleanser.

Colbert might have been better advised not to bother trying with football at all and just put forward a program of pure entertainment. Despite the pair’s seeming initial lack of chemistry, the host coaxed out of Tina Fey and Margot Robbie an ultimately charming and warm interview, the best-case scenario for two celebrities with a project (in this case, the movie Whiskey Tango Foxtrot) to promote. His intro segment, in which he spoke to notables including a U.S. soldier based in Kandahar, astronaut Scott Kelly, and President Obama, proved both his breadth of interests and his sharp curiosity about ways to do something fresh. His bit with Obama, in which the pair riffed on the fact that though the show was live, Obama was only appearing via pre-tape, was joyfully meta and just strange enough.

When Colbert was able to push a bit against the boundaries of his show, he was fantastic, as when he brought new energy to the presidential cameo or when he allowed Will Ferrell, in fine form, to deconstruct the talk-show animal expert role. Ferrell, impersonating some demented version of Jack Hanna, showed off “exotic” animals like a “duck-bodied platypus” (of course, actually a duck). It felt like a clip meant to go viral, but one whose strength came from its knowledge of talk-show history, rather than, like Fallon’s karaoke bits, one that seeks to exist in its own context-free world. And Colbert’s interview with Megyn Kelly about her perceived “feud” with Donald Trump was satisfyingly substantial.

That Colbert was at his weakest when he was performing the bits of his show that were required felt like part of the price of admission for a host so good at interviewing and so knowledgeable about what makes talk shows good. This was an episode of a talk show put together by someone who understands what talk shows can do. Sure, almost no one watching at home had been working today, but at the end of an especially dull football game, the show’s non-sports content was mood-lifting without giving the exhausting feeling of striving for virality.

What does this mean for Colbert? Probably little; while the Super Bowl has cemented the ratings success of already-ascendant series like Grey’s Anatomy or The Voice, it hasn’t been as good at redefining a show’s fortunes. Colbert seems torn, at present, between two selves; the guy who wants to talk politics with Megyn Kelly and weirdly subvert the history of TV talk, and the guy for whom the network arranges an interview with the Super Bowl MVP. (That the Von Miller interview literally interrupted Colbert’s sharp chat with Fey and Robbie seemed almost too perfect.) Colbert’s future would likely be even brighter if he could figure out a way to be, or to seem, excited about talking to anyone. But with that out of the question, giving a platform to a probing and odd intellect is something very special indeed. 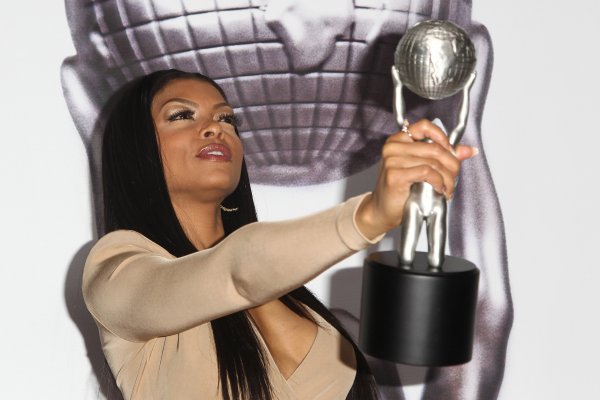